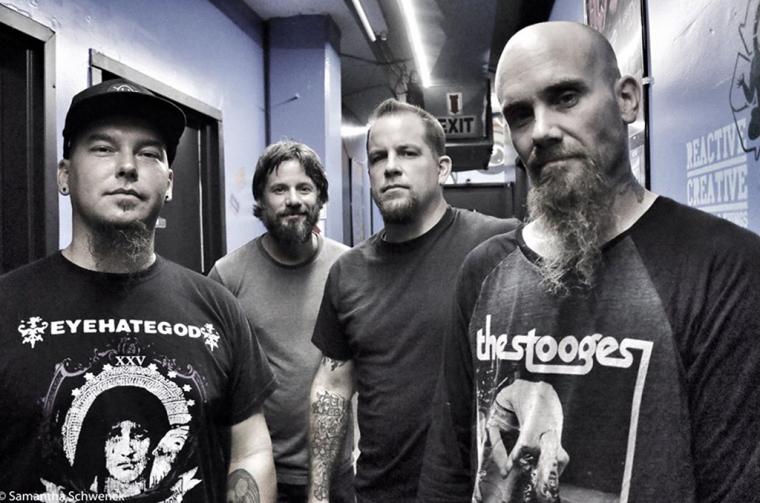 Delivering what Exclaim.ca descibed as “good, and at times great, diverse, lowbrow, knuckle-dragging, abrasive, raunchy, testosterone-fuelled, rowdy rock and roll,” the touring talents of Mondo Generator play the Rock Island Brewing Company on January 11, with the band's founder and frontman Nick Oliveri a Los Angeles-based singer, songwriter, and multi-instrumentalist famed as a member of Kyuss, Queens of the Stone Age, and The Dwarves.

A solo artist and frequent contributor to his friends' albums and tours – among them Winnebago Deal, the Mark Lanegan Band, Masters of Reality, and Moistboyz – Oliveri founded his punk/metal hybrid Mondo Generator (under the moniker Rex Everything) as a side project in 1997. Alongside Josh Homme, Brant Bjork, Rob Oswald, Karl Doyle and others, Oliveri recorded Mondo Generator's debut album Cocaine Rodeo that year, but it wasn't released until three years later due to Oliveri and Homme being full-time members of Queens of the Stone Age. The album was eventually released by Southern Lord Records in 2000, and while there was little support for the debut by way of live shows, the band quickly gained a cult status that led to the release of 2003's A Drug Problem That Never Existed and a three-month tour of North America and Europe.

Over the years since, Mondo Generator has released a trio of additional studio recordings in 2004's Demolition Day, 2007's Dead Planet, and 2012's Hell Comes to Your Heart, as well as a quartet of EPs and a 2016 Best Of compliation album. In 2014, during a hiatus from Mondo Generator, Oliveri also released the solo album under the moniker Nick Oliveri's Uncontrollable titled Leave Me Alone, on which he sang, played all the instruments, and featured guest guitar solos on each track. With Mondo Generator's current makeup also boasting Mike Pygmie on guitar and Jeff Bowman on drums, the band's RIBCO stop arrives in a month of visits to additional states including Texas, Louisiana, Washington, and Oregon, and in its review of the band's 2016 compliation album, LouderSound.com raved, “Rex Everything has created some stone-cold classics over the decades, the best of which are included on this mammoth collection.”

Mondo Generator plays its January 11 RIBCO concert with opening sets by Droids Attack and Road Soda, admission to the 9 p.m. show is $10, and more information is available by calling (309)793-1999 or visiting RIBCO.com.