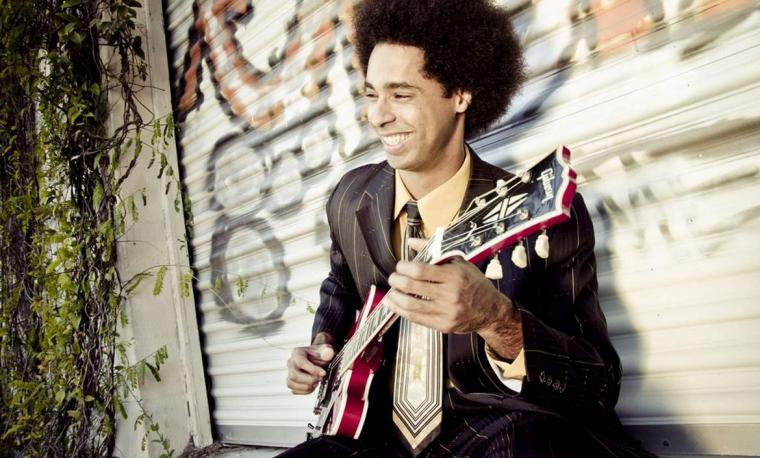 With the Washington Post deeming him “an incredibly modern and original next-generations bluesman” whose “tough vocals, guitar, and lap-steel touch on classic Chicago blues, Southern soul, and boogie,” blues artist Selwyn Birchwood performs an October 10 concert at Rock Island's Kavanaugh's Hilltop Bar & Grill, showcasing the talents that inspired Blues Matters to call the artist “a genius revelation and a pleasure.”

A native of Orlando, Florida, the 34-year old Birchwood began playing guitar at 13 and joined veteran bluesman Sonny Rhodes on tour after graduating from high school, continuing to perform with the Rhodes off and on while in college. After earning an MBA from the University of Tampa, Birchwood formed the Selwyn Birchwood Band in 2010 with Donald Wright on bass, Curtis Nutall on drums, and baritone sax player Regi Oliver. The band competed in the 2012 International Blues Challenge before winning in 2013 (the same year Birchwood received the Albert King Guitarist of the Year Award), and in early 2014, the musicians signed with the Intrepid Artists booking agency in Charlotte, North Carolina. Since then, the Selwyn Birchwood Band has performed at the North Atlantic Blues Festival, the King Biscuit Blues Festival, and our area's own Mississippi Valley Blues Festival, and Birchwood has also found himself opening for the legendary likes of Robert Cray and Buddy Guy.

With his fiery guitar and lap-steel playing, his trailblazing and instantly memorable songs, and his gritty, unvarnished vocals, Birchwood is considered among the most extraordinary young stars in the current blues world, his deep familiarity with blues tradition allowing him to add new sounds, colors, and textures to the genre while exuding a revival-tent preacher's fervor and charisma. Rolling Stone called the artist “a young, powerhouse guitarist and soulful vocalist” whose 2014 album Don't Call No Ambulance was “a remarkable debut by a major player.” Living Blues magazine, meanwhile, wrote, “Selwyn Birchwood is making waves, surprising people, and defying expectations. Be on the lookout. He revels in the unexpected.”

Selwyn Birchwood plays Kavanaugh's Hilltop Bar & Grill at 6 p.m. on October 10, and admission is $12 for the public and $10 for Mississippi Valley Blues Society members, with membership applications available at the door. For more information, call (563)322-5837 or visit MVBS.org.