New Standards Men, “I Was a Starship” 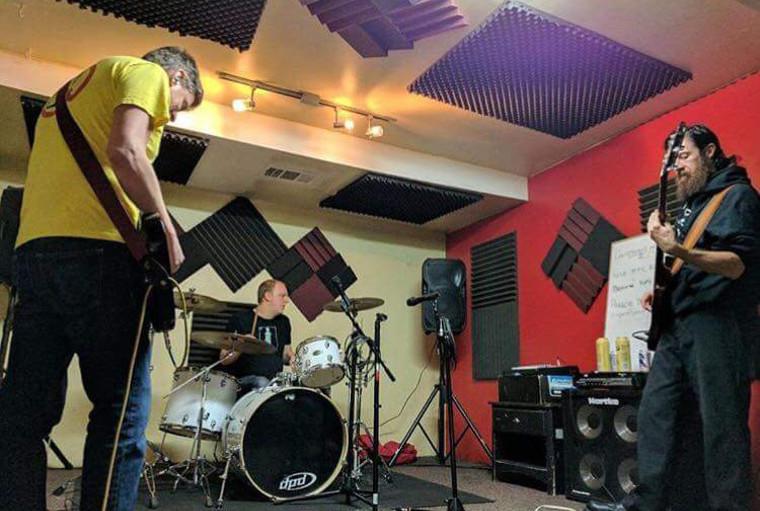 New Standards Men are a pair of "lapsed Iowans" based in Denver. Their album I Was a Starship finds ex-Dubuquers Drew Bissell (bass, electronics) and Jeremy Brashaw (guitar) joined by Michigander Ike Turner (drums) and two more un-lapsed Iowans: the venerable Bob Bucko Jr. of Dubuque on sax and synths; and Lee County's Luke Tweedy, who added synthesizer in addition to recording and engineering the album at his own Flat Black Studios in Iowa City. The three extended tracks are a wholly Midwestern creation but sound unearthly in origin, like a fading transmission from space, a slow and lonely echo that rises to a rumble and dies out.

The band took its name from Project 100,000, an ill-fated initiative cooked up during the Vietnam War by disgraced Defense Secretary Robert McNamara. In a desperate attempt to swell the ranks of active personnel in Vietnam, the Department of Defense lowered its standards for induction, recruiting thousands of soldiers who were, according to Wikipedia, "unable to speak English, who had low mental aptitude, minor physical impairments and … were slightly over- or underweight." Thousands of men who would otherwise have been deemed unfit for combat found themselves in Vietnam, dying in disproportionate numbers. McNamara's megalomaniac conviction that, as stated by H. Gregory, "he could raise the intelligence of men through the use of video tapes" was as wrong as his belief that the Southeast Asian war could be won at all, and the result was a bloody farce, a "crime against the mentally disabled."

These "New Standards Men" were derisively labeled, among other things, the "Moron Corps," a term co-opted by Iowa's NSM as "moron-core," their Devo-esque term for their hypnotic, slow-paced minimalism. "Trucha" is moody, dark space rock, a disquieting bass riff and tremolo guitar somewhere between a spaghetti Western and Pink Floyd's live version of "Careful with That Axe, Eugene" dropped down a few steps. There is an acknowledged dub reggae influence here, reminiscent of Electric Wizard’s jams from the '90s – heavy on the bass and the rhythm, but more foreboding. "ours" is reverb-washed doom metal with plenty of breathing room, and the comparatively uptempo "Moon Tan" is a tribal three-quarter beat and a sub-Hawkwind bass groove that builds and shines until it comes out as something like a climax, a positive wrap on an uneasy record. 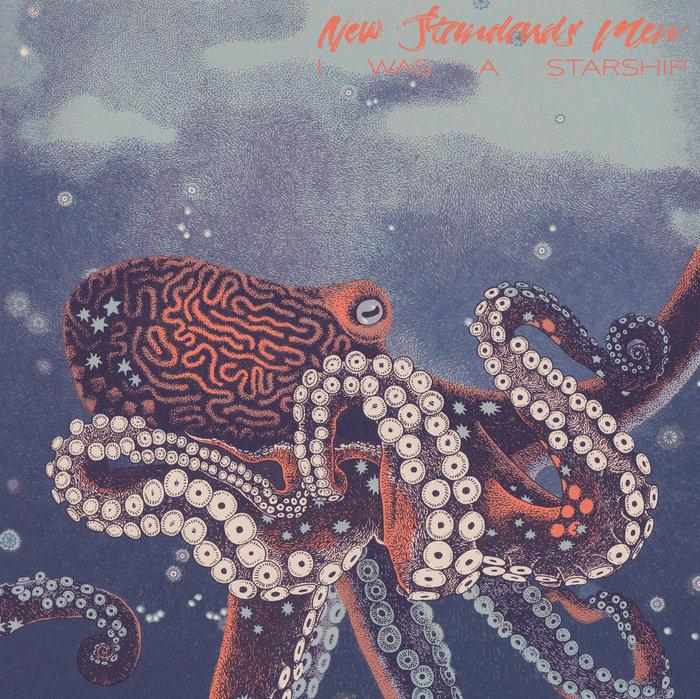 Back in the '80s, Willie Nelson, Kris Kristofferson, Waylon Jennings, and Johnny Cash came together as the Highwaymen, taking their name from the hit they scored with "Highwayman," Jimmy Webb's four-sided tale of reincarnation. In the song, after the first three recall past lives as a bandit, sailor, and dam builder, Cash blurts out his absurd vision of the future: "I'll fly a starship, across the universe divide." I Was a Starship is the sonic equivalent of that ride, wherein the soul of an unfortunate Vietnam casualty is reincarnated as a transuniversal spacecraft piloted by a loaded Johnny Cash.

The complete lack of vocals and scant dynamics come across like the steady hum of a ship locked into a long voyage, observed by one who watches it slowly materialize, pass by, and disappear again. It's the sound of a slow trip through the known limits of space, finding at the end that God is a chattering, indifferent Minion, and turning back to start all over again. I've lost count of the number of times I've played this album on repeat, trying and failing to grasp a vibe too simple to express in words. The simplicity here may be "moronic," but no amount of complex arrangement could catch the same trance-like focus that NSM and company bring to these three songs. Certainly no doom band – and few psychedelic groups – could pull it off. The music possesses a quality as simple yet mysterious as Daria Tessler's illustration of an octopus that graces the cover – shrouded in murk, only glimpsed from a distance.

I Was a Starship is available on vinyl, cassette, and as a digital download at NewStandardsMen.bandcamp.com. The LP, mastered by Warren Defever at Third Man Pressing (yes, that Third Man), is being repressed for a second run.