Nivrana: A Tribute to Nirvana, December 10 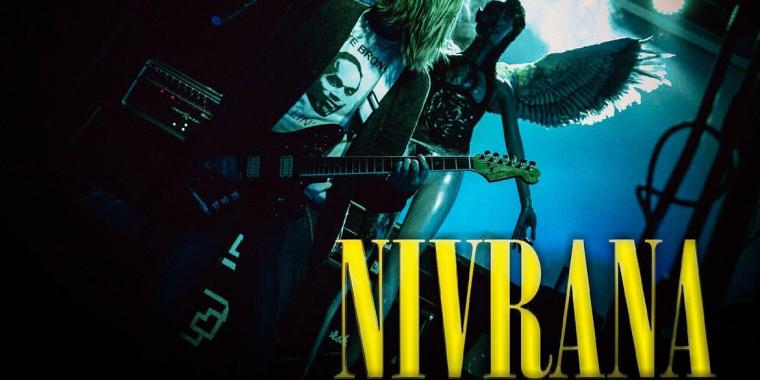 Nivrana: A Tribute to Nirvana at the Redstone Room -- December 10.

In celebration of one of the best-selling and most popular bands of all time, the alt-rock musicians of Nivrana: A Tribute to Nirvana will take on an ambitious challenge in their December 10 concert at Davenport's Redstone Room, with the artists' first set a performance of the Grammy-winning MTV Unplugged in New York, and the evening's second half a recreation of the set Nirvana played at Davenport's Palmer Auditorium on October 22 of 1993.

Formed in Aberdeen, Washington, in 1987, Nirvana was founded by lead singer and guitarist Kurt Cobain and bassist Krist Novoselic, and the band went through a succession of drummers before recruiting Dave Grohl in 1990. Nirvana's success popularized alternative rock, and they were often referenced as the figurehead band of Generation X, with their music maintaining a popular following and continuing to influence modern rock culture. Although the group disbanded following Cobain's suicide in 1994, Nirvana is one of the best-selling bands of all time, having sold more than 75 million records worldwide. During their three years as a mainstream act, Nirvana received an American Music Award, Brit Award, and Grammy Award, as well as seven MTV Video Music Awards and two NME Awards. They achieved five number-one hits on the Billboard Alternative Songs chart (for songs including "Smells Like Teen Spirit" and "Lithium") and four number-one albums on the Billboard 200 (for recording including their biggest smashes Nevermind and In Utero). In 2004, Rolling Stone named Nirvana among the 100 greatest artists of all time, and its musicians were inducted into the Rock and Roll Hall of Fame in their first year of eligibility in 2014.

Released in November of 1994, Nirvana's MTV Unplugged in New York, which Nivrana will perform during the band's December 10 engagement, features an acoustic performance recorded a year prior at New York City's Sony Music Studios for the television series MTV Unplugged. The concert special aired on December 16, 1993, and in a break with MTV Unplugged tradition, Nirvana played mainly lesser-known material and covers of songs by artists including the Vaselines, David Bowie, Lead Belly, and Meat Puppets. Unlike prior MTV Unplugged performances, which were entirely acoustic, Nirvana used electric amplification and guitar effects during the set, and were joined on some songs by rhythm guitarist Pat Smear, cellist Lori Goldston, and members of Meat Puppets. Nirvana's MTV Unplugged recording reached fans after plans to release the performance as part of a live double-album compilation were abandoned. It was the first Nirvana release after Cobain's suicide seven months earlier, the album debuted at number one on the U.S. Billboard 200, and it was eventually certified eight-times multi-platinum. The album also won Best Alternative Music Performance at the 1996 Grammy Awards (Nirvana's only Grammy win), and has since been ranked one of the greatest live albums of all time.

In Nivrana's second Redstone Room set, the tribute artists will perform the set than Nirvana played during its Davenport engagement in 1993, a lineup that boasted "Radio Friendly Unit Shifter," "Drain You," "Breed," "Serve," "The Servants, "About a Girl," "Heart-Shaped Box," "Sliver," "Dumb," "In Bloom," "Come as You Are," "Lithium," "Pennyroyal Tea," "School," "Polly," "Rape Me," "Territorial Pissings," "Smells Like Teen Spirit," "Something In the Way," All Apologies," "On a Plain," "Scentless Apprentice," and "Blew."

Nivrana: A Tribute to Nirvana plays the Redstone Room on December 10, admission to the 9 p.m. show is $12-15, and more information and tickets are available by calling (563)326-1333 and visiting RiverMusicExperience.org.