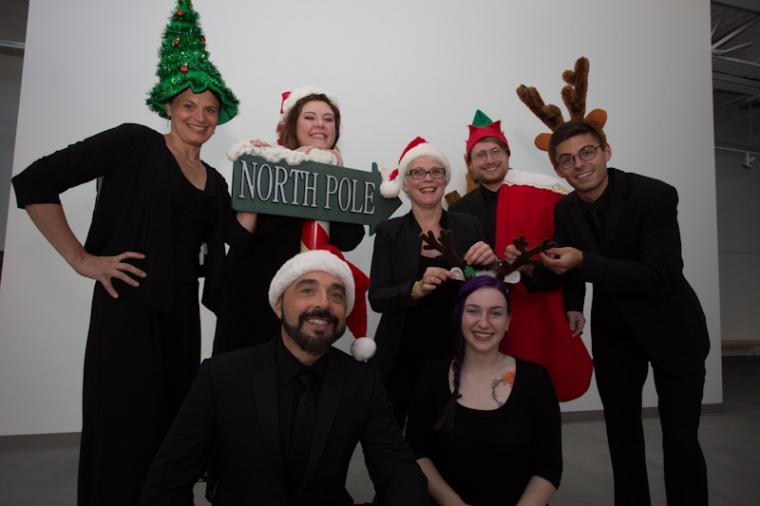 Founded in 1986 by Knox College's music-department chair Dr. Laura Lane, who continues to serve as the group's music director, the Nova Singers gathers vocalists from across Western Illinois and Eastern Iowa who share common interests in expressive virtuosity, professional excellence, and community outreach. With the ensemble performing at state, regional, and national conventions of the American Choral Directors Association and throughout the Midwest, the Nova Singers' efforts have been rewarded with grants from the Illinois Arts Council and National Endowment for the Arts. Ten albums have also been recorded by the Nova Singers over the years, including six holiday-music releases: Mystery & Light, Behold a Star, What Sweeter Music, There Is No Rose, and Mid-Winter.

This year's program includes audience favorites such as “Deck the Hall,” “O Come All Ye Faithful,” and “Dance of the Sugar-Plum Fairy,” as well as lesser known classics such as “Wexford Carol” and “Hymn to the Virgin.” Classical guitarist Dr. Angelo Favis – a prize-winning performer of solo and chamber music and professor of guitar at Illinois State University – will accompany the ensemble in three songs. And the Nova Singers are proud to announce the new release of Stars, a Christmas CD featuring several songs recorded live at last year’s concert, with its live recordins including renditions of “A Shoot Shall Come Forth,” “Alma Redemptoris Mater,” “The Three Kinds,” “Carol of the Bells,” and “Stars.” A short reception will follow the Galesburg concert celebrating the release of the new CD, and Lane says, “There is nothing like a Nova Singers Christmas concert. Listening to these incredibly talented singers sing familiar and beautiful music is exactly what one needs to feel calm, peaceful, centered and focused on what matters most in life.”