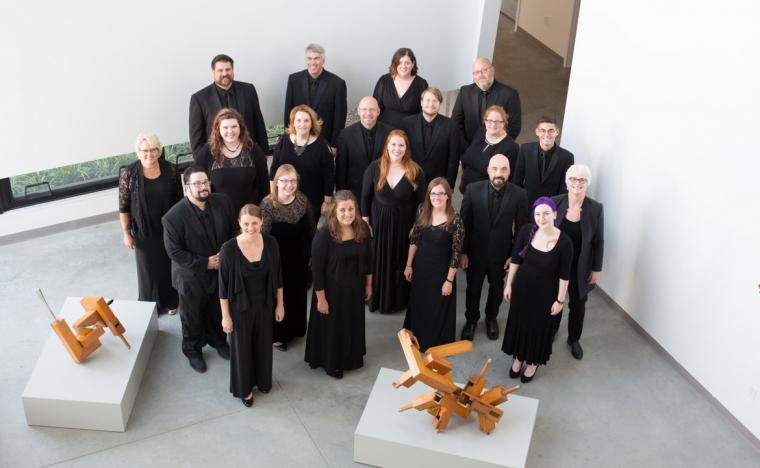 For the group's first concerts in its 2019-20 season, professional vocal ensemble the Nova Singers will be joined by saxophone master Kenneth Tse and students from Galesburg and Rock Island high schools in The Spirit Sings – October 12 and 13 engagements filled with glorious choral arrangements brought to life via the directorial talents of Dr. Laura Lane and the Nova Singers' 19 supremely gifted vocalists.

Two major pieces are on the repertoire for the Nova Singers' season-starter: British composer/conductor James Whitbourn's Son of God Mass, which has enjoyed performances throughout the United States and Europe, and Johann Sebastian Bach's choral rendition of the German hymn Jesu, meine freude, originally written by Johann Franck in 1650. With saxophonist Tse joining the Nova Singers on the Son of God Mass and the area high schoolers joining the ensemble for a set through Nova's educational outreach program “Project Sing!”, musical director Lane expresses high hopes and great enthusiasm for the October 12 and 13 events.

“I’m thrilled to be able to do the Son of God Mass,” says Lane, “a beautiful and unique work that has an intimate and otherworldly feel. It is a true honor to have the chance to work with Kenneth Tse, one of the world’s best classical saxophone players, and I can’t wait to put his sound with the Nova Singers! The motet Jesu, meine freude is one of my very favorite works by Bach. Sometimes joyful, sometimes tender and sweet, sometimes fiercely defiant, this work sums up what it is like to live in a world full of anger, violence, and conflict, and yet to find a way to live in it feeling safe and loved. Every time we work on it, I am amazed how moved I feel.” 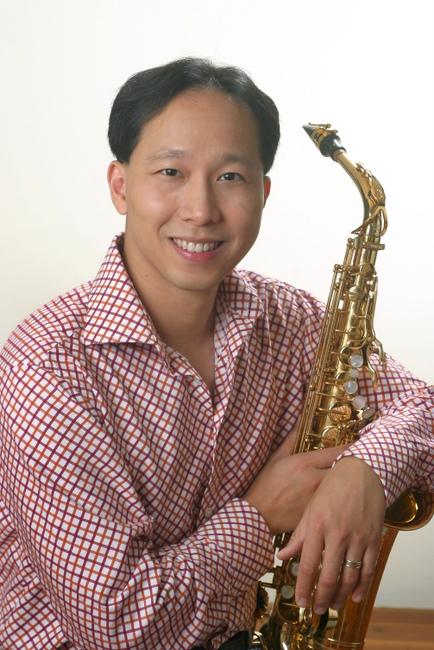 Widely recognized as one of the world's leading classical saxophonists, Tse burst on the scene in 1996 as the winner of the prestigious New York Artists International Award, which resulted in an acclaimed debut recital at Carnegie Hall and being lauded as “a young virtuoso” by the New York Times. Since then, Tse has been a frequent soloist on five continents, including solo appearances with the Strasbourg Philharmonic Orchestra, United States Navy Band, Thailand Philharmonic Orchestra, and Hong Kong Sinfonietta. Tse is a frequent featured artist at events such as the triennial World Saxophone Congress and North American Saxophone Alliance conferences, and he has also given master classes at prestigious venues including the Moscow Conservatory and Paris Conservatory.

Founded in 1986 by Knox College's music-department chair Lane, the Nova Singers gathers vocalists from across Western Illinois and Eastern Iowa who share common interests in expressive virtuosity, professional excellence, and community outreach. With the ensemble performing at state, regional, and national conventions of the American Choral Directors Association and throughout the Midwest, the Nova Singers' efforts have been rewarded with grants from the Illinois Arts Council and National Endowment for the Arts, and to date, the singers have recorded nine albums.

The Spirit Sings will be performed at Galesburg's First Lutheran Church on October 12 at 8 p.m. and Davenport's St. Paul Lutheran Church on April 13 at 4 p.m. Admission is $17-20, and more information and tickets are available by calling (309)341-7038 or visiting NovaSingers.com.