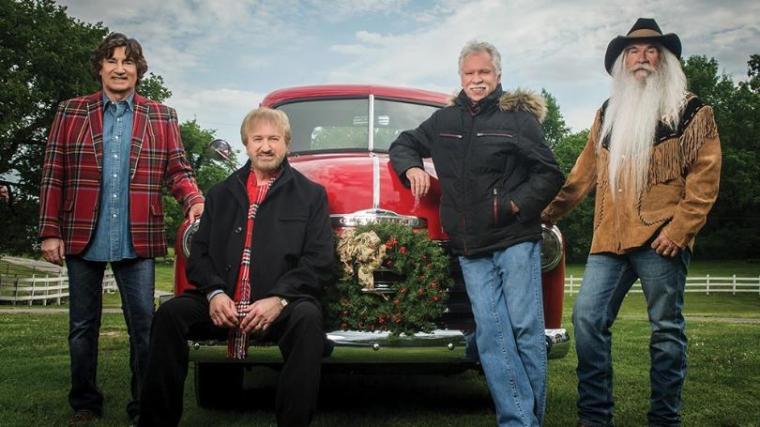 One of the country's most venerated and lauded country, gospel, and bluegrass ensembles makes an eagerly awaited appearance at Davenport's Adler Theatre on December 20, when the the Grammy Award-winning group The Oak Ridge Boys celebrates the holidays with timeless hits and seasonal favorites in their touring production “Shine the Light on Christmas.”

Designed solely as a southern-gospel outfit when its musicians first collaborated in the 1950s, the Oak Ridge Boys switched its focus to country music the mid-1970s, releasing a string of hit albums and singles that lasted into the early 1990s. Composed of Joe Bonsall, Duane Allen, William Lee Golden, and Richard Sterban, the group finds its current discography composed on 31 studio albums and 56 singles, with their highest-selling album 1981's Fancy Free, a release certified double-platinum by the Recording Industry Association of America. Of the Oak Ridge Boys' singles, 17 reached number-one on Billboard's country singles charts. Two of these songs, “Elvira” and “Bobbie Sue,” were also top-40 pop and adult-contemporary hits, with the former platinum-certified. Four additional singles – “Sail Away,” “Dream On,” “Heart of Mine,” and “Fancy Free” – also landed on the adult-contemporary charts, while “So Fine” and “American Made” emerging on on Billboard pop charts.