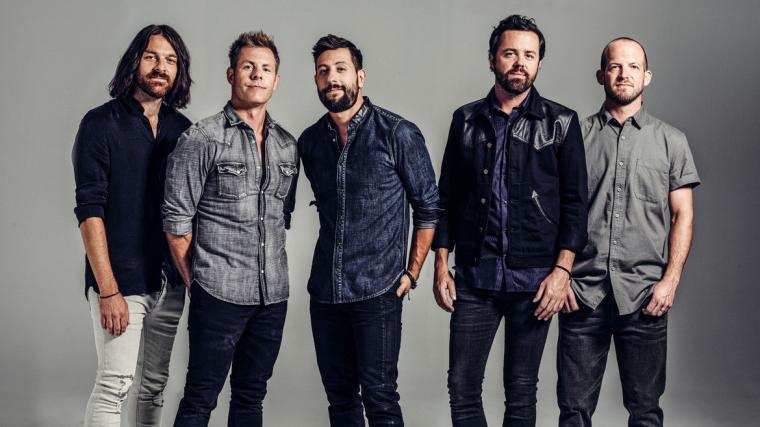 Performing in support of the October release of their self-titled album – a work that, according to Sounds Like Nashville, “maintains their inspiring disposition while exploring deeper musicians” – the chart-topping country musicians of Old Dominion play Moline's TaxSlayer Center on November 23, performing from a repertoire that has thus far resulted in three Academy of Country Music Awards and eight top-10 Billboard singles over a mere five years.

Formed in Nashville and composed of Matthew Ramsey (lead vocals), Trevor Rosen (guitar and keyboards), Whit Sellers (drums), Geoff Sprung (bass guitar), and Brad Tursi (guitar), Old Dominion performs contemporary country with rock instrumentation and pop overtones, and was initially formed to showcase songs written by its individual band members. With many of their compositions recorded by the likes of Keith Urban, Luke Bryan, Chris Young, Dierks Bentley, the Band Perry, and Craig Morgan, the group began attracting significant attention in Nashville that led to Old Dominion's releasing a self-titled EP in the fall of 2014. The Old Dominion EP debuted on Billboard's Top Country Albums chart at number 33 and number nine on the U.S. Heatseekers chart, and let to a moderate hit single in “Shut Me Up.” Its song “Break Up with Him,” however, topped the charts on Billboard's U.S. Country Airplay chart and received CMT Music Award nominations for “Group/Duo Video of the Year” and “Breakthrough Video of the Year,” leading to the group signing with RCA Nashville.

Released in 2015, Old Dominion's first studio album Meat & Candy enjoyed gold certification and rose to number three on Billboard's U.S. Country chart, with the band's two subsequent albums – 2017's Happy Endings and last month's Old Dominion – topping the chart and making the top-10 of the Billboard 200. The ensemble scored five number-one hits in a row with “Song for Another Time,” “No Such Thing as a Broken Heart,” “Written in the Sand,” “Hotel Key,” and “Make It Sweet,” with the musicians' new “One Man Band” already a top-five, gold-certified smash. Old Dominion's professional accolades, meanwhile, include two Academy of Country Music Awards and two nominations as as “Vocal Group of the Year,” a 2016 ACM for “Breakthrough Group/Duo of the Year,” and the “Vocal Group of the Year” citation by the Country Music Association Awards.

Old Dominion brings its tour to Moline's amphitheater on November 23 with sets by special guests Scotty McCreedy and Ryan Hurd, admission to the 7 p.m. concert is $38-68, and tickets are available by calling (800)745-3000 or visiting TaxSlayerCenter.com.