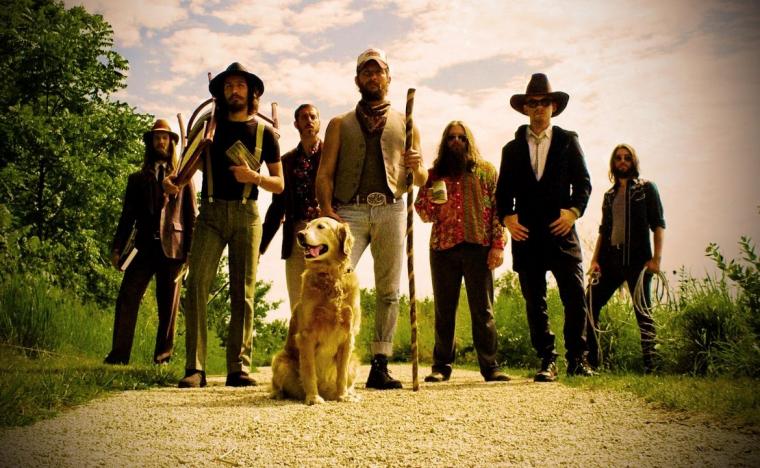 Described by NoDepression.com as a group that “has the groove and the chops of a great string band balanced with infectious rock-and-roll energy,” the bluegrass musicians of Old Salt Union perform an August 16 concert at Davenport's Redstone Room in support of their eponymous 2017 studio-album debut, a work that inspired Elmore magazine to rave, “From expert folky fiddling to classical dual mandolins and beyond, they’ve made an excellent rollicking debut full of energy and promise.”

Old Salt Union was co-founded in 2012 by the group's former guitarist Dustin Eiskant and current banjo player Ryan Murphey, the latter having come to bluegrass music after years spent as a horticulturist. With the ensemble filled out by Jesse Farrar on upright bass, Justin Wallace on mandolin, and John Brighton on fiddle, the band self-released the full-length, independent album Western Skies in 2013, and later that year, Old Salt Union was voted “Best Bluegrass Band in St. Louis” by The Riverfront Times. Another independently released full-length, Bridge, was recorded in 2014, and that year the Times voted them “Best Country Artist,” demonstrating the variety of Old Salt Union's signature sound that blends bluegrass and country with Americana, jazz, classical, and alternative stylings.

With guitarist Rob Kindle eventually replacing co-founder Eiskant, Old Salt Union went on to release the 2016 EP Cut & Run, and has performed at numerous national festivals including Wakarusa, LouFest, Bluegrass Underground, and the Yonder Mountain String Band's Harvest Festival. The group has also opened for or shared stages with the likes of Sam Bush, Del McCoury, The Travelin' McCoury's, Leftover Salmon, The Reverend Horton Heat, Greensky Bluegrass, and Jeff Austin, and enjoyed the most glowing reviews of the musicians' careers for 2017's Old Salt Union album. A collection of 10 re-arranged, re-mixed, and re-mastered previously recorded tracks from the band's catalog – including a rendition of Paul Simon's “You Can Call Me Al” – BluegrassMusic.com praised the “polished, strong” band for its “edgy and rootsy style,” while Elmore called it “an excellent, rollicking debut full of energy and promise.”

Old Salt Union performs its August 16 Redstone Room concert with an opening set by Flash in a Pan, admission to the 7:30 p.m. show is $10-12, and more information and tickets are available by calling (563)326-1333 or visiting RiverMusicExperience.org.