One Night of Queen, July 23 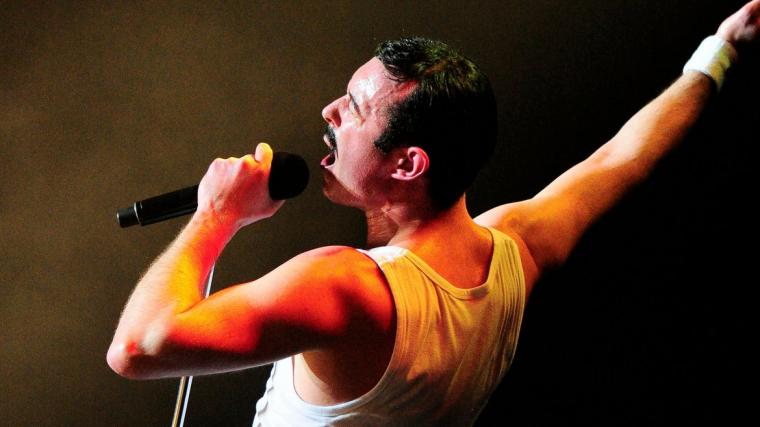 One Night of Queen at the TaxSlayer Center -- July 23.

Ever since the 2018 musical bio-pic Bohemian Rhapsody won four Academy Awards and grossed more than $215 million domestic and $875 million worldwide, Freddie Mercury and Queen have been hotter than ever – which is sure to be proven by the raucous crowd response on July 23 when Moline's TaxSlayer Center pays tribute to the iconic British rockers in the stage spectacle One Night of Queen performed by Gary Mullen & the Works.

A lifelong Queen devotee, Mullen started his Freddie Mercury career in 2000 when his wife and mother secretly entered him into Granada's TV-competition series Stars in Their Eyes. Mullen wound up winning the show's “Live Grand Final” by receiving 864,838 votes from members of the TV audience – more than double those of the runner-up and setting the all-time record for votes on the program. Following his television success, Mullen performed as a solo artist but immediately began to receive rave reviews for his impersonation of Mercury, leading him to form his band The Works and create One Night with Queen in 2002. Since that May, Gary Mullen & the Works have performed throughout the United Kingdom, United States, Europe, South Africa, and New Zealand to sell-out audiences, and the outfit has twice rocked the prestigious BBC Proms in the Park in front of enthusiastic crowds of more than 40,000 fans.

Founded in 1970, Queen released its self-titled debut album in 1973 yet gained far greater popularity in Britain with sophomore release Queen II in 1974. The group's 1975 track “Bohemian Rhapsody” – which currently stands as the most-streamed song of the 20th Century – topped the charts for nine weeks in 1975 and another five weeks in 1991, and is at present the fourth-biggest selling single of all time in the U.K. Meanwhile, in the U.S., “Bohemian Rhapsody” hit the Billboard Top 40 charts in three different decades, reaching number nine in its original 1975 release, number two in 1992 (after being showcased in the film comedy Wayne's World), and hitting the top 40 once more in 2018 upon the release of Bohemian Rhapsody, the highest-grossing music bio-pic of all time. With the group's other timeless songs including “Keep Yourself Alive,” “Somebody to Love,” “Fat Bottomed Girls,” “We Will Rock You,” “Another One Bites the Dust,” “Under Pressure,” and the classic rock anthem “We Are the Champions,” Queen was inducted into the Rock and Roll Hall of Fame in 2001, and were presented with the Lifetime Achievement Grammy Award in 2018.