Orphan Jon & the Abandoned, May 5 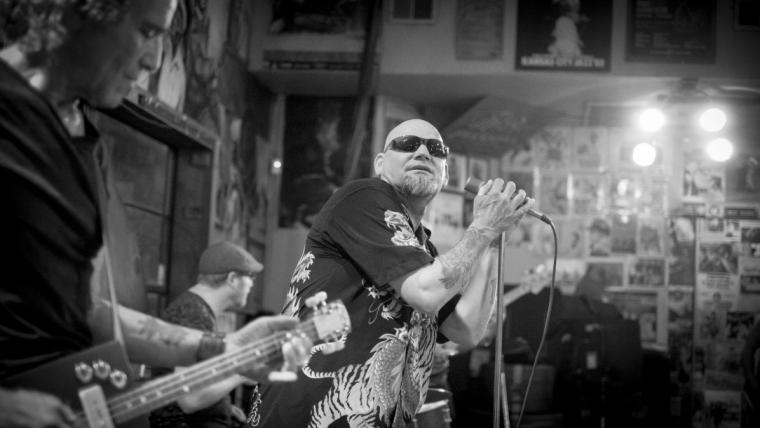 Orphan Jon & the Abandoned at the Moline Viking Club -- May 5.

Nominated for “Best New Artist Debut Album” and “The Sean Costello Rising Star Award” at the 2018 Blues Blast Music Awards, the powerful and passionate ensemble Orphan Jon & the Abandoned plays the Moline Viking Club in a concert co-presented by the Mississippi Valley Blues Society, their May 5 engagement sure to demonstrate why Rock & Blues Muse calls the band “an important addition to the American roots- and blues-music tapestry.”

Described by blues historian Al Factorman as “a must-see, must-hear band that is turning heads everywhere they perform,” Orphan Jon & the Abandoned is fronted by Southern Californian Jon English, who was orphaned at age one along with his three older brothers. After spending years in foster homes and orphanages, English was finally adopted at age 10, and while he states that his new mother was both physically and emotionally abusive, English told Blues Insight that “One positive thing she did is she would introduce me to music. I don’t remember truly listening to any music at all in my childhood until she came into my life. She loved Mozart, she loved The Everly Brothers – the harmony – Fats Domino and Marvin Gaye. So, I would listen to these songs, and she would encourage me to sing them.” Later, in 2009, English reconnected with some high-school-musician friends at a local karaoke bar, and the fledgling artists eventually founded the band English Revolver that performed from 2012 to 2014. English's tenure with the group led to meeting and collaborating with guitarist Bruce Krupnik, with whom he originated Orphan Jon & the Abandoned – as well as their 2018 debut album Abandoned No More.

In addition to receiving two Blues Blast Music Award nominations for their first recording, the Orphan Jon & the Abandoned musicians have enjoyed spectacular reviews with Abandoned No More's release. Blues Blast stated that “English’s vocals are sincere and passionate” while describing his album as boasting “a propulsive beat and some great, gritty slide guitar from Krupnik.” And in addition to lauding English's voice as “a beautiful and powerful instrument which he uses to make a joyful sound,” Rock & Blues Muse raved, “If you have an appetite for roots and blues music, Abandoned No More will satisfy your hunger like a plate full of steak and potatoes.”

Orphan Jon & the Abandoned's May 5 concert at the Moline Viking Club starts at 6 p.m., and admission is $10 for Mississippi Valley Blues Society members and $12 for non-members, with membership applications available at the event. For more information, call (563)322-5837 or visit MVBS.org.