An Evening with Over the Rhine, April 11 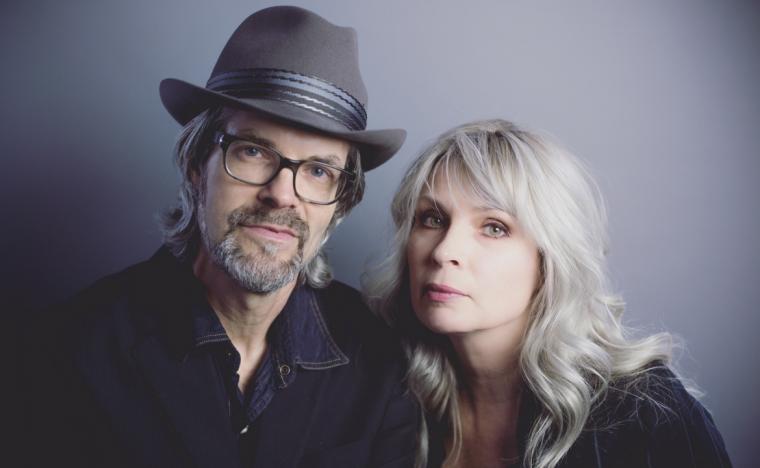 An Evening with Over the Rhine at the Redstone Room -- April 11.

Lauded by the Washington Post for their “understated, country-tinged charm,” the husband-and-wife singing/songwriting duo of Karin Bergquist and Linford Detweiler bring their folk and Americana outfit to Davenport's Redstone Room on April 11, with the concert event An Evening with Over the Rhine demonstrating why Paste magazine raved about the group's “lovely, heartbreaking, and ultimately uplifting musical mosaic.”

Currently touring in support of the March 15 release of the musicians' Love & Revelation, Over the Rhine was formed in 1989 by Bergquist and Detweiler, who met when they were fellow music students at Canton, Ohio's Malone College. Basing themselves in Cincinnati, they named the band after their adopted neighborhood, and developed a large, intensely loyal following even before they independently released their first two albums: 1991's Till We Have Faces and 1992's Patience. They went on to sign with I.R.S. Records, who fully funded Over the Rhine's third album Eve, but returned to independent production for 1996's Good Dog, Bad Dog, a work that Albumism.com's Justin Chadwick said “thrills me and instantly restores my faith in the power of music each time I press play.”

During the years since, Over the Rhine has released an additional 13 studio albums, eight live albums, and nine compilation albums, with 2003's Ohio receiving one of Paste magazine's very first five-star reviews, and 2011's The Long Surrender recorded by Grammy-winning producer Joe Henry and featuring a duet with Grammy-winning folk-rock star Lucinda Williams. 2013's double album Meet Me at the Edge of the World features a guest appearance by iconic singer/songwriter Aimee Mann, and was described by the Wall Street Journal as “subtle and elegant, with airy musical arrangements and breathtaking vocal harmonies that fit the title of the album.” Meanwhile, Bergquist and Detweiler are earning some of the strongest reviews of their careers for Love & Revelation, which PopMatters.com praised for its “mature honesty and emotional depth,” adding, “The album starts with heartbreak, but rallies across its middle, finding unexpected strength both internally and in community.”