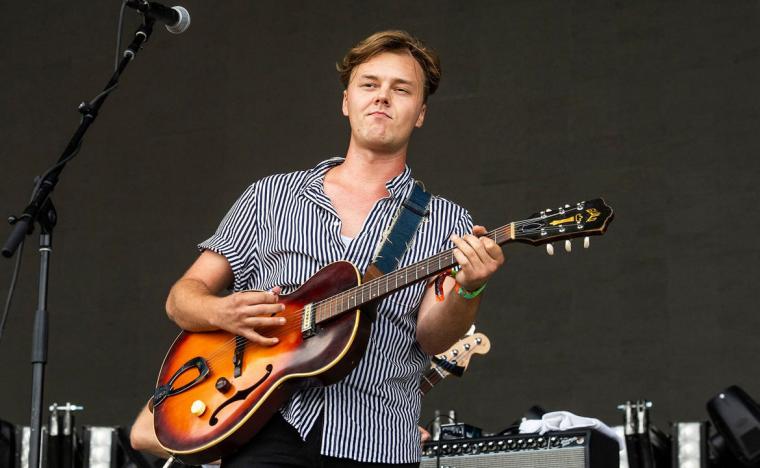 Described by NPR as an artist who “explores pop songwriting with playful magnetism” and by SavingCountryMusic.com as someone “fearless in both what he's willing to say and how he's willing to say it,” alt-country and Americana performer Parker Millsap plays a virtual concert on April 9, the Englert Theatre presentation showcasing a musician whose compositions, according to Pop Matters, “ring with authenticity through his expressive twang.”

A singer/songwriter and multi-instrumentalist from Purcell, Oklahoma, Millsap performs a blend of blues, country, rock, Americana, and folk music, and released his album debut Palisade in 2012. Named one of the Americana Music Association's 2014 Emerging Artists of the Year after the release of his eponymous album that reached number one on Billboard's US Americana charts, the artist garnered significant attention with his song “Truck Stop Gospel,” which has been featured on NPR's music program The Record. Playing with childhood friend Michael Rose on bass and Daniel Foulks on the fiddle, Millsap's musical style has drawn comparisons to early Elvis Presley, and in addition to singing, he plays guitar, harmonica and banjo, attributing his musical influence to growing up in a Pentecostal Church and listening to blues with his parents.

With his third album, 2016's The Very Last Day, Millsap released another chart-topping smash, as well as the 11th Best Roots Album of the Year, according to No Depression. Over the past decade, the artist has opened for the likes of Patty Griffin, Old Crow Medicine Show, Shovels & Rope, Lake Street Dive, John Fullbright, Jason Isbell, and Sarah Jarosz, as well as headlining tours of his own, and he has been seen on television programs including Conan and Austin City Limits. His fourth album Other Arrangements was released in May of 2018, and in addition to being his first release to feature electric instruments, the collection boasts a more blues-, rock-, and pop-focused sound than his previous works. Meanwhile, Millsap's fifth album, titled Be Here Instead, is set to be released on the same day he performs his online concert.

Millsap's April 9 event for Iowa City's Englert Theatre will mark the artist's first full-band virtual performance, with the show streamed from 3rd & Lindsley in Nashville, and will include songs from the singer/songwriter's entire catalog. Ticket packages for the 8 p.m. show range from $15 to $75, and more information is available by calling (319)688-2653 or visiting Englert.org.