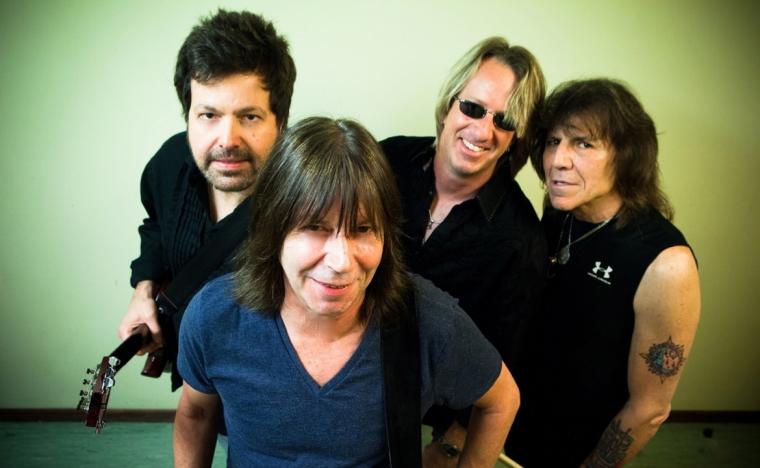 The Pat Travers Band at the Redstone Room -- October 14.

With Blues Blast magazine calling his playing “speed-freak fast and clean and crisp” and Northwest Music Scene deeming him “a force to be reckoned with,” venerated rock guitarist, keyboardist, and singer Pat Travers brings his ensemble the Pat Travers Band to Davenport's Redstone Room on October 14, the high-energy trio playing from a repertoire of hits dating all the way back to Travers' self-titled 1976 debut.

A native of Toronto, Ontario, the 65-year-old Travers picked up his first guitar after seeing Jimi Hendrix perform in Ottawa, and began playing in local bands Music Machine, Red Hot, and Merge beginning in his early teens. After his talents were witnessed by rock musician Ronnie Hawkins, Travers, while in his early 20s, was invited to perform with the artist, at which point he moved to London and signed a recording contract with the Polydor label. His Pat Travers album featured acclaimed bassist Peter “Mars” Cowling, who would become a mainstay in Travers' band for several years, and led to 1979's live album Live! Go for What You Know – Travers' first album to crack the Billboard Top 40 – and a top-20 single in “Boom Boom (Out Go the Lights).” The blues-rock song “Snortin' Whiskey,” released on the 1980 album Crash & Burn, was also an instant hit for Travers, reaching the number-one position on request lists for numerous FM radio stations and becoming one of the artist's signature songs, eventually appearing on the soundtrack for 2004's Oscar-winning comedy Sideways.

Over the past three decades, Travers and his bandmates have released more than three dozen additional studio albums, live albums, and compilations, with recent hits including 2012's Blues on Fire, 2013's Can Do, and 2015's Retro Rocket, a work that led Classic Rock Revisited to say of Travers, “He has passion, dedication, and talent – the perfect concoction when whipping up a batch of ultimate rock-and-roll stew.” With the Pat Travers Band currently composed of its frontman, drummer Tommy Craig, and bassist David Pastorius, the group's Davenport set will showcase both the ensemble's collective talents and the guitar mastery that has made Travers an instrumental icon to many fellow musicians. Metallica's Kirk Hammett has cited the man as one of his favorite guitar players, and heavy-metal guitarist and Mr. Big co-founder Paul Gilbert has referred to Travers as a “guitar god.”

The Pat Travers Band plays the Redstone Room on October 14 with an opening set by Far Out 283, admission to the 7:30 p.m. show is $25-30, and more information and tickets are available by calling (563)326-1333 and visit RiverMusicExperience.org.