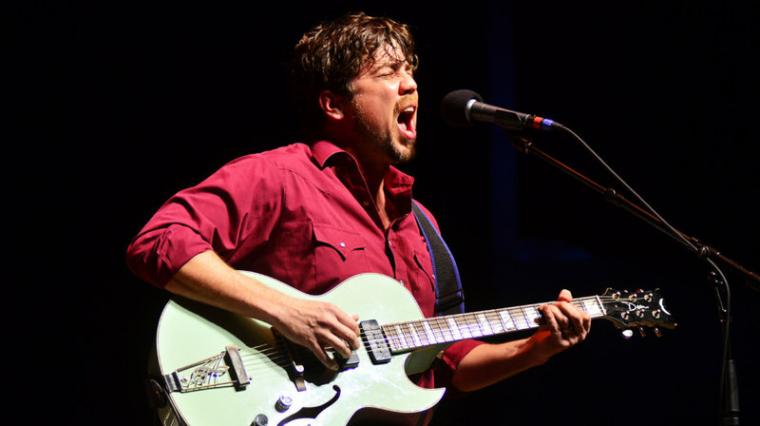 With Glide magazine calling the musician “effortlessly cool” and “a tried and true blues rocker hell-bent on getting the job done,” Patrick Sweany serves as the February 17 headliner at Davenport's Rhythm City Casino Resort, performing in support of his 2018 album Ancient Noise that American Songwriter awarded four stars and raves for the artist's “gritty honesty” and “wired, emotional playing and singing.”

Born in 1974 in Massillon, Ohio, Sweany began his professional career in the late 1990s, becoming a fixture at regional blues festivals before releasing his album debut I Wanna Tell You on Ayao Records. Assembling a band that featured Dan Auerbach – the guitarist who would later gain fame as the leader of The Black Keys – the artist continued to work the blues circuit, releasing henryfordbedroom for Ayao in 2003 and switching to Nine Mile for the release of 2006's C'mere C'mere. The following year, Sweany released another full-length CD, Every Hour Is A Dollar Gone, in his newly fashioned Akron Analog studios, and toured throughout the United States in support of its release, both headlining and supporting artists such as Sonny Landreth, The Black Keys, Los Straightjackets, The Gourds, and Paul Thorn.

By the time Sweany released That Old Southern Drag in 2011, the singer/songwriter's career started to gain momentum due to his successful appearances on streaming services. Close to the Floor consequently appeared in 2013 and Daytime Turned to Nighttime arrived in 2015, and with the release of Ancient Noise, Sweany has earned some of the most laudatory reviews of his career. The Alternate Root raved, “His songs grow from a blues point-of-contact morphing his own brand with touches of country, soul, and the vintage sounds of raw rock 'n' roll.” Rocking Magpie, meanwhile, said that the album arrived “just when we needed some rough and ready, sweaty and cinematic southern blues with a splash of rock'-n'-roll-flavoured bourbon,” adding that Sweany “delivers all of those things with gentlemanly panache.”

Patrick Sweany plays the Rhythm City Casino Resort Event Center at 7 p.m. on February 17, admission is $15, and more information and tickets are available by calling (844)852-4386 or visiting RhythmCityCasino.com.