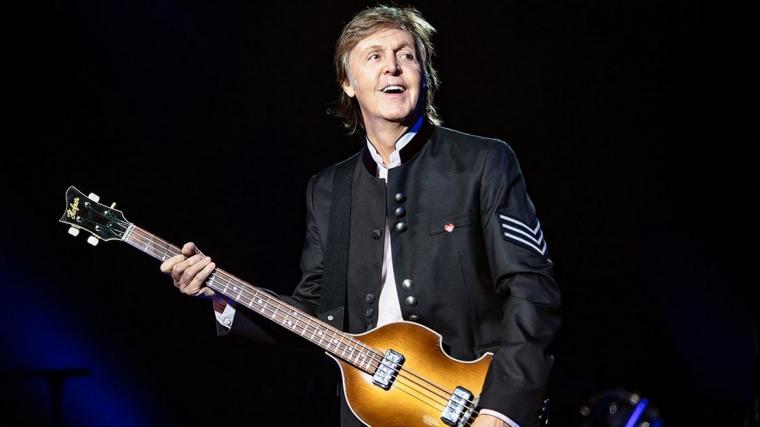 For most artists who play to huge crowds at the TaxSlayer Center, only a few words of introduction are necessary for the full extent of their credits and fame to register. For the artist playing the Moline venue on June 11, only two words are needed: Paul McCartney.

An English singer-songwriter, multi-instrumentalist, and composer still touring at age 76, McCartney of course gained worldwide fame as the bass guitarist and singer for the Beatles, widely considered the most popular and influential group in the history of popular music. His songwriting partnership with John Lennon remains the most successful in history, and between 1962 and 1970, their collaboration published approximately 180 jointly credited songs, of which the vast majority were recorded by the Beatles. After the group disbanded in 1970, McCartney pursued a solo career and formed the band Wings with his first wife Linda and Denny Laine.

McCartney stands as one of the most successful performer/composers of all time. More than 2,200 artists have covered his Beatles song “Yesterday,” making it one of the most covered songs in popular music history, and Wings' 1977 release “Mull of Kintyre” is one of the all-time best-selling singles in the United Kingdom. A two-time inductee in the Rock and Roll Hall of Fame (as a member of the Beatles in 1988 and as a solo artist in 1999) and an 18-time Grammy Award winner, McCartney has written or co-written 32 songs that have reached number one on the Billboard Hot 100, and as of 2009, he had 25.5 million RIAA-certified units in the United States. McCartney, Lennon, George Harrison, and Ringo Starr as received appointment as Members of the Order of the British Empire in 1965, and in 1997, McCartney was knighted for his services to music. Sir Paul is also one of the wealthiest musicians in the world, with an estimated U.S. net worth of $1.2 billion.

The artist's current “Freshen Up” tour is McCartney's first outing following the release of his 2018 studio album Egypt Station. Featuring the AAA Top 10 single “Come on to Me,” Egypt Station has earned stellar notices, with Q magazine writing in its four-star review that McCartney is “enjoying his music too much to stop now. And so, for that matter, are we.” And Rolling Stone insisted that “Macca keeps adding new gems to his songbook, with nothing to prove except he’s the only genius who can do this. And, oh yeah – in his spare time, he happens to still be the greatest live performer on Earth.”