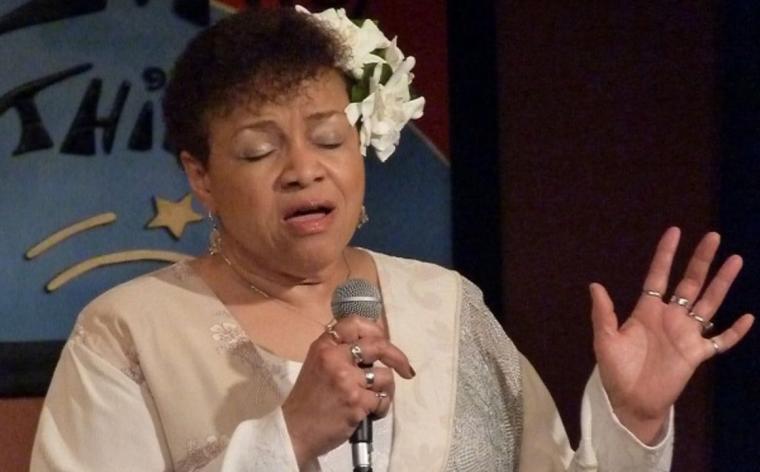 The Semenya McCord Quartet at the Redstone Room -- October 21.

McCord earned her bacherlor's degree in Music Education from Galesburg's Knox College, and her master's degree in Music at Northern Illinois University in 2006. She performed throughout New England for over 25 years, presenting programs and residencies featuring spirituals, blues, traditional, and contemporary jazz for audiences of all ages through Young Audiences of Massachusetts, Inc., the Massachusetts Cultural Council, and the New England Foundation for the Arts, and has directed numerous community events that celebrate cultural diversity through the arts. Since 1982, McCord has directed annual tributes to the life and dream of Martin Luther King, Jr. and the music of Billie Holiday and Duke Ellington, and in 1988, she was cited “Outstanding Jazz Vocalist” by the Boston Music Awards, also receiving the 1990 Martin Luther King Jr. Award for Musical Excellence. McCord currently teaches jazz voice and general music at Knox College, and directs student choirs at Lombard Middle School.

A native of Milwaukee, Wisconsin, Wilkins moved to Boston in the early 1970s, where he became known as a consummate music director and pianist, eventually earning a citation of merit from The Artists' Foundation in Boston, the Berklee College of Music's Composition Fellowship, and The Hank Jones Jazz Masters Award. Wilkins has also shared stages with talents including Angela Bofill, Dee Dee Bridgewater, Kevin Eubanks, and Archie Shepp, and his lauded career has found him playing the Newport Jazz Festival, Montreux Jazz Festival, and North Sea Jazz Festival, as well as making concert appearances in West Africa, Italy, Holland, Germany, Switzerland, and Mexico.

Polyrhythms' 6 p.m. concert on October 21 will include a “Birthday Tribute to Dizzy Gillespie” performed by McCord, Wilkins, bassist Andy Crawford, drummer Wes Julien, and special guest Manny Lopez on trumpet, and the concert will be preceded by a 3 p.m. “Jazz Demystifying” workshop. Admission is $10-15 for the evening performance, with the workshop $5 for adults and free for students, and tickets and information are available by contacting Polyrhythms at (309)373-0790 or Polyrhythms.org, or the Redstone Room at (563)326-1333 or RiverMusicExperience.org.