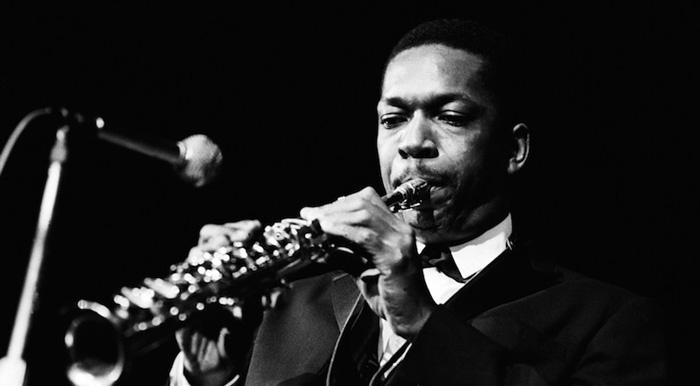 The stunning repertoire of a hugely respected yet only moderated celebrated jazz artist will be the focus of the latest offering in Polyrhythms' Third Sunday Jazz Workshop and Matinée Series, with the December 15 concert at Davenport's Redstone Room a celebration of American jazz singer Johnny Hartman as presented by the gifted jazz artists of the Tony Sconyers Sextet.

Born in Louisiana in 1923 and subsequently raised in Chicago, Hartman began singing and playing the piano by the age of eight. He studied music in high school before receiving a scholarship to Chicago Musical College, and also sang as an Army private during World War II. But his first professional work came in September of 1946 when he won a singing contest awarding him a one-week engagement with jazz pianist and bandleader Earl Hines. Seeing potential in the young singer, Hines hired Hartman for the next year, and although Hartman's first recordings were with Marl Young in February 1947, it was the collaboration with Hines that provided notable exposure. After the Hines orchestra broke up, the legendary Dizzy Gillespie invited Hartman to join his big band in 1948 during an eight-week tour in California. Hartman went on to work for a short time with pianist Erroll Garner before releasing his first solo album Songs from the Heart with a quintet for Bethlehem Records in 1955, and following the release of two additional albums, the artist received a career-altering offer in 1963 to record with John Coltrane. 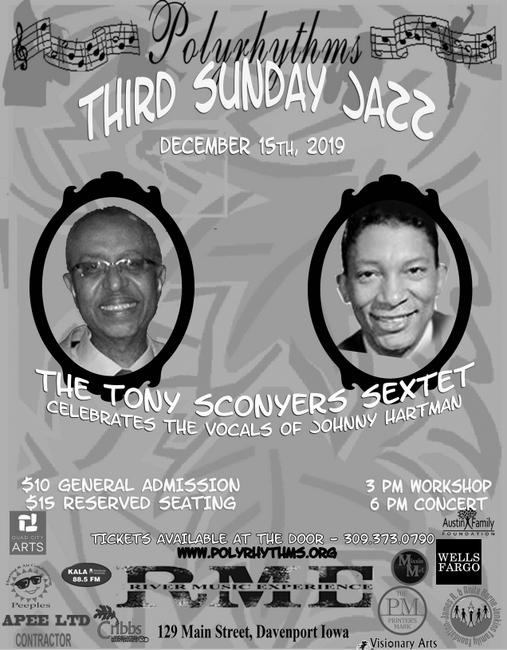 The 1963 release John Coltrane & Johnny Hartman is now widely considered a classic, and led to Hartman recording four more albums with record company Impulse! and its parent label ABC. Hartman's Once in Every Life earned him a 1981 Grammy Award nomination for Best Male Jazz Vocalist, and was quickly followed by his last album of newly recorded material This One's for Tedi, a tribute to the vocalist's wife Theodora. In the early 1980s, Hartman gave several performances for jazz festivals, television, and radio before succumbing to lung cancer in 1983 at age 60. Yet his reputation with a new generation grew considerably in 1995 when the soundtrack to Clint Eastwood's The Bridges of Madison Country featured four songs from Hartman's then out-of-print Once in Every Life album. Appreciation for Hartman's considerable repertoire continues to this day, and will be performed at the Redstone Room by Sconyers and his outfit's five musicians: Jim Fudge on bass, Jennifer Krogmeier on tenor sax and clarinet, Troy Rangel on guitar, Jim Stroehle on drums, and Dick Watson on piano.

The Tony Sconyers Sextet performs its celebration of Johnny Hartman at 6 p.m. on December 15, and the concert will be preceded by a 3 p.m. “Jazz Demystifying” workshop. Admission is $10-15 for the evening performance, with the workshop $5 for adults and free for students, and tickets and information are available by contacting Polyrhythms at (309)373-0790 or Polyrhythms.org or the Redstone Room at (563)326-1333 or RiverMusicExperience.org.