The Pork Tornadoes, May 8 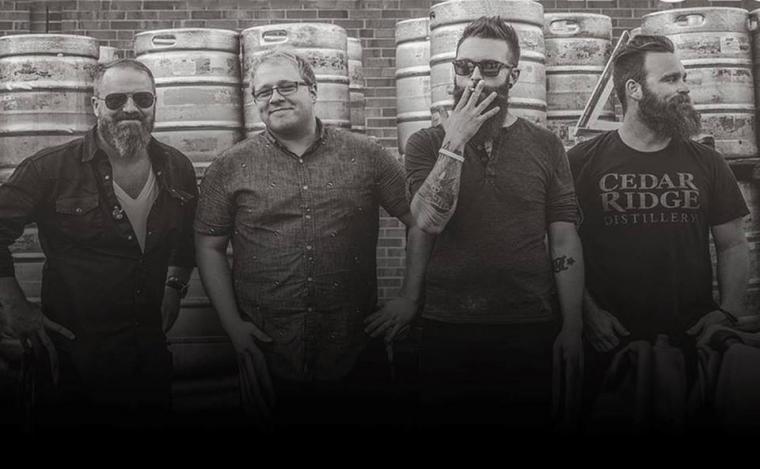 The Pork Tornadoes at the Rhythm City Casino Resort Event Center -- May 8.

Performing a special live concert at Davenport's Rhythm City Casino Resort Event Center, the Midwestern pop-rockers of the Pork Tornadoes will deliver an eclectic assortment of hits on May 8, their energetic repertoire ranging from Taylor Swift, Katy Perry, Justin Timberlake and Beyoncé all the way to Lizzo, The Killers, Coolio, and Phil Collins.

A cover band from Cedar Falls, Iowa, the Pork Tornadoes began, in 2008, as a group whose moniker was in constant flux until they overheard a local radio DJ describe a destructive wind event that hit an area pig farm as a "pork tornado." The quartet originated with founding members Mason Greve, Cory Talbot, Brent Estlund, and Dante Ware, the latter of whom left the band in 2012 and was replaced by Mike Schulte. Current bandmate Jerry Lorenson, meanwhile, joined the ensemble in 2016 after Estlund departed the group. Over the past dozen-plus years, the Pork Tornadoes have played over 600 shows throughout the Midwest, with the musicians' first official performance at The Hub, for which the performers became the permanent house band in 2010 until the Cedar Rapids venue closed in 2014.

There are over 22,000 subscribers to the Pork Tonadoes' YouTube channel, which hosts over 55 videos of live performances, short clips, behind-the-scenes footage, and live events. From 2017 to 2020, the band has regularly performed at RAGBRAI, and four years ago, the Pork Tornadoes released a cover of "Tennessee Whiskey" on YouTube that has since been seen by more than 4.5 million viewers. In January of last year, the band released its debut EP Beard Pop, which reached #20 on the Apple iTunes Pop Charts, and was consequently more than a half-million times throughout 2020. Prior to the pandemic, the group's tour stops included sets at Cedar Rapids' Paramount Theatre and Des Moines' Iowa State Fair, and the Pork Tornadoes opened for artists including Dennis DeYoung, Hanson, and Spin Doctors.

The Pork Tornadoes' May 8 Event Center concert begins at 8 p.m., admission is $17-25, and more information and tickets are available by calling (563)328-8000 or visiting RhythmCityCasino.com.