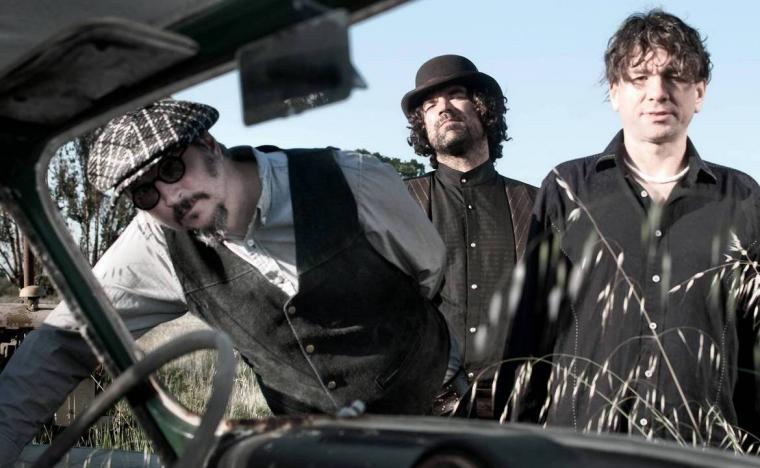 Primus at the Adler Theatre -- October 3.

Performing in support of its 2017 release The Desaturating Seven, an album that The A.V. Club called “a vibrant, knotted work of screwball fun” that “gets it message across in surprisingly approachable prog-funk hooks,” the experimental rockers of Primus play an October 3 concert at Davenport's Adler Theatre, sharing the talents that led MetalStorm.net to deem them “a shining example for bands who want to succeed on their own terms.”

Based in San Francisco, Primus is currently composed of bassist/vocalist Les Claypool, guitarist Larry “Ler” LaLonde, and drummer Tim “Herb” Alexander – commonly referred to as “the definitive Primus lineup,” with The Desaturating Seven the trio's first album of original music since 1995. Formed in 1984, Primus founders Claypool and guitarist Todd Huth were eventually joined by drummer Jay Lane, though the latter two departed the band at the end of 1988. LaLonde and Alexander subsequently teamed with Claypool, and Primus recorded its self-produced debut Suck on This in 1989, following it with a quartet of studio albums: 1990's Frizzle Fry, 1991's Sailing the Seas of Cheese, 1993's Pork Soda, and 1995's Tales from the Punchbowl. (The latter two made it to the top 10 on the Billboard 200 chart.) Primus went on to record the original theme song for the TV show South Park and two more albums – 1997's Brown Album and 1999's Antipop – before declaring a hiatus in 2000, reuniting in 2003 for the EP Animals Should Not Try to Act Like People and sporadic touring through 2009.

Characterized by its irreverent, quirky approach to music, Primus consequently brought its experimental stylings to works including 2011's Green Naughahyde and 2014's Primus & the Chocolate Factory with the Fungi Ensemble, leading music journalist Robert Christgau to state, “[Primus is] quite possibly the strangest top-10 band ever, and good for them.” The trio’s alt/punk/avant-garde/psychedelic/country attack, along with Claypool’s surreal, fever-dream lyrics, resulted in some of rock’s unlikeliest hits, including “Tommy the Cat,” “Jerry Was a Race Car Driver,” and “Wynona’s Big Brown Beaver,” with The Desaturating Seven based on a dark children's book by Italian author/artist Ui de Rico. As The A.V. Club stated: “Claypool has framed The Desaturating Seven as an album about persistence, stamina, and life – and if ever there were an unlikely candidate for timely protest music, it’s Primus singing about rainbow-obsessed goblins.”