The Reminders, October 6 and 8 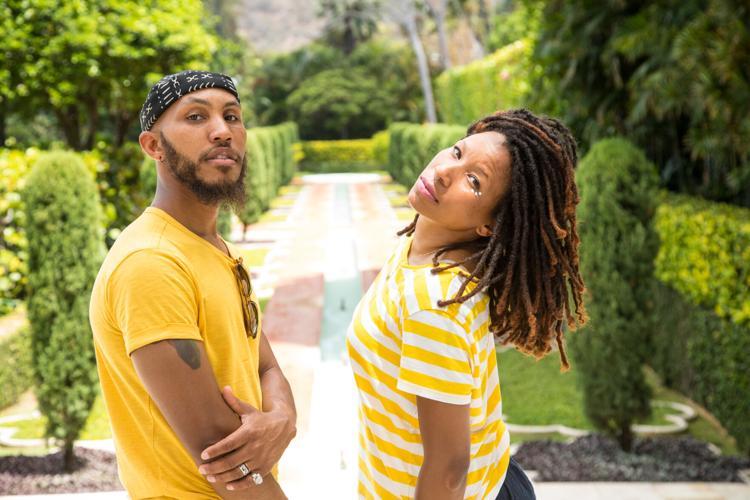 Delivering a unique blend of hip hop, soul, roots, and folk music, vocalists Big Samir and Aja Black will be rapping and singing (with some of their lyrics in French) on October 6 and 8 as the gifted forces behind The Reminders, concert events in which the artists will speak about their life experiences and use music as a form of soulful expression as the latest guests in Quad City Arts' Visiting Artists series.

Since the release of their debut album Recollect in 2008, the husband-and-wife team of Samir (born in Brussels) and Black (born in Queens, New York), The Reminders have toured Morocco, Germany, the Czech Republic and across the United States. They have acquired much success by sharing stages with such artists as Fishbone, De La Soul, KRS-One, Dead Prez, Immortal Technique, Little Brother, The Pharcyde, Talib Kweli, Mos Def, K'naan, and have also hit the road with Blackalicious and OneBeLo. Based in Denver, Colorado, for nearly 20 years, The Reminders have also enjoyed critical success with 2012's Born Champions and 2019's Unstoppable, and beyond making music, the performers are active participants in anti-bullying programs at schools nationwide.

As stated on NPR's Live Sessions: "The Reminders are a rare and remarkable musical duo seamlessly blending soulful sounds and roots music with insightful messages and thoughtful lyrics. Big Samir weaves intricate rhythmic patterns with a bilingual French/English flow, displaying his street-smart credibility in both his lyrics and cool demeanor. This is beautifully complimented by Aja Black's confident delivery, diverse cadences, and unique vocal stylings. The two have an undeniable magical chemistry as they share more than lyrical abilities and stages; the couple shares a partnership in both music and life as Samir and Aja have been married for almost a decade. More than a shade of the same color that we see time and time again, The Reminders transcend the bounds of what is expected.

"Their stage presence and high-energy shows," the Live Sessions writeup continues, "leave crowds in awe the world over, allowing the duo to uplift and entertain all at once. Their unique mashup of razor sharp rhymes; raw, soulful vocals; and reggae-tinged hip hop beats form the perfect backdrop for their relevant and inspiring themes, leaving a lasting impression on listeners with audiences always wanting more. The Reminders take their hip hop foundation and move it beyond genre, time, and space to create a global musical experience that is classic and speaks to all those willing to participate."

During their area stay as Quad City Arts Visiting Artists, The Reminders will perform two public events: an October 6 PASS concert at LeClaire's Mississippi River Distilling Company & Cody Road Ale House at 7 p.m., and an October 8 concert at Davenport's Raccoon Motel at 8 p.m. Admission is $50 for the Thursday-night PASS show and $10-15 for the Saturday-night Davenport show, and more information and tickets are available by calling (309)793-1213 and visiting QuadCityArts.com.