“Harry Potter & the Prisoner of Azkaban” in Concert, November 23 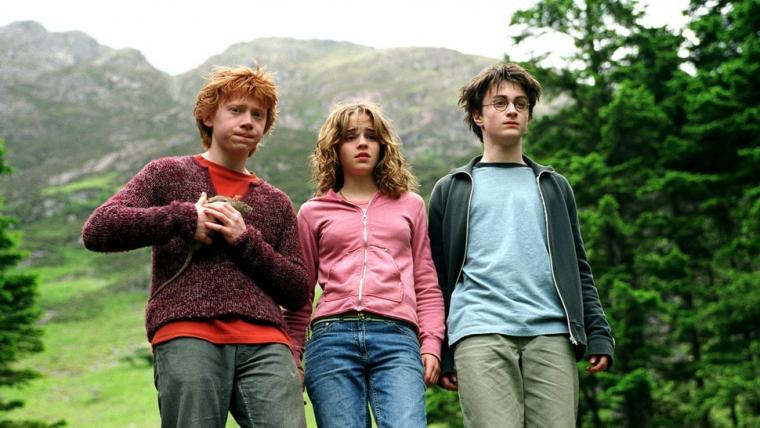 “Harry Potter & the Prisoner of Azkaban” in Concert at the Adler Theatre -- November 23.

The Harry Potter movie series, which introduced the world to its young stars Daniel Radcliffe, Emma Watson, and Rupert Grint and boasted British acting legends such as Maggie Smith and the late Alan Rickman, was an immediate cultural phenomenon that, after an eight-film run, continues to delight millions of fans around the world. The Adler Theatre events, meanwhile, will feature screenings of Harry Potter & the Prisoner of Azkaban in its entirety – along with music previously removed from the 2003 release's original edit – with every note played live by the Quad City Symphony Orchestra under guest conductor Ernest Richardson. From the moment Harry uses the Marauder’s Map to the instant the Patronus Charm bursts from his wand, audiences will be transported back into the world they love via high-definition on a giant screen, with the Hogwarts adventures of Harry, Hermione, Ron Weasley, and the rest augmented by the excitement of John Williams’ unforgettable score.

Currently the resident conductor and principal Pops conductor for the Omaha Symphony, guest conductor Richardson – who also serves as a composer, arranger, violist, organizational leader, and inspirational speaker – joined the Nebraska organization in its 1993-94 season. He also served as music director and principal conductor for the Santa Barbara Music and Arts Conservatory in Santa Barbara, California, and Richardson has been guest conductor and clinician for regional and all-state orchestras throughout Arizona and Nebraska, as well as festivals in Albuquerque, New Mexico, and the University of Georgia. Richardson conducted the Quad City Symphony Orchestra's presentation of Harry Potter & the Chamber of Secrets in 2018, and in addition to the Harry Potter series, Richardson has also conducted live symphonic accompaniments of such film classics as Raiders of the Lost Ark, Jurassic Park, Back to the Future, Singin’ in the Rain, Casablanca, the Charlie Chaplin silent comedy The Gold Rush, and Star Wars: A New Hope.