“QCSO at the Movies: 'Harry Potter & the Goblet of Fire' in Concert,” November 20 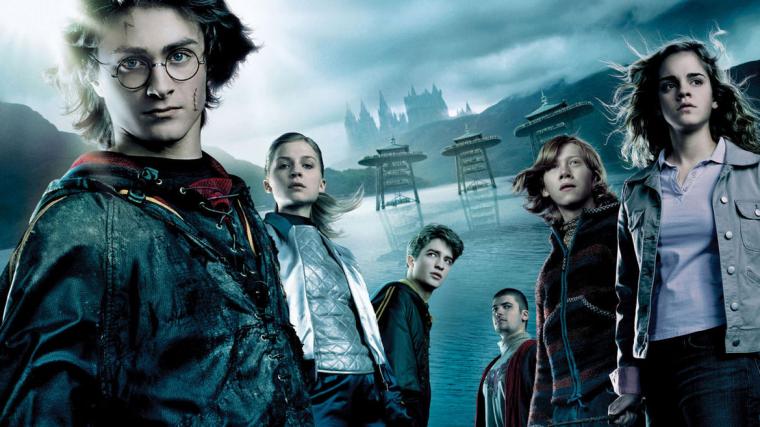 “QCSO at the Movies: 'Harry Potter & the Goblet of Fire' in Concert" at the Adler Theatre -- November 20.

Following hugely successful presentations of Harry Potter & the Sorcerer's Stone in 2017, Harry Potter & the Chamber of Secrets in 2018, and Harry Potter & the Prisoner of Azkaban in 2019 – and also following an unexpected year off from the series – the Quad City Symphony Orchestra  returns to Davenport's Adler Theatre on November 20 to perform live accompaniment for Harry Potter & the Goblet of Fire, the fourth movie smash adapted from J.K. Rowling's iconic fantasy/adventure novels.

The Harry Potter movie series, which introduced the world to its young stars Daniel Radcliffe, Emma Watson, and Rupert Grint and boasted British acting legends such as Maggie Smith and the late Alan Rickman, was an immediate cultural phenomenon that, after an eight-film run, continues to delight millions of fans around the world. The Adler Theatre events, meanwhile, will feature screenings of Harry Potter & the Goblet of Fire in its entirety, with every note of composer Patrick Doyle's score played live by the Quad City Symphony Orchestra under guest conductor Ernesto Estigarribia. Oscar-nominated and one of the best-reviewed installments in the Harry Potter franchise, with the Washington Post deeming it "probably the most engaging film of the Potter series thus far," Goblet of Fire enjoyed an immensely successful run at the box office, earning $896 million worldwide and becoming the highest-grossing domestic release of 2005.

Hailed for his “expert direction” by Fanfare magazine, Paraguayan conductor Ernesto Estigarribia is the Assistant Conductor and Youth Ensembles Music Director of the Quad City Symphony. He has previously served as Music Director of Buffalo Community Orchestra and Southeastern Minnesota Youth Orchestras, and having a passion for working with young musicians, he is also member of the conducting staff of the Greater Twin Cities Youth Symphonies. Estigarribia has conducted the Mankato Symphony, Rochester Symphony, Oskaloosa Music Festival Orchestra, Argentina's Orquesta del Centro del Conocimiento, and his home country's Orquesta Sinfónica del Congreso Nacional, where he was the first Paraguayan guest conductor to appear in the International series.