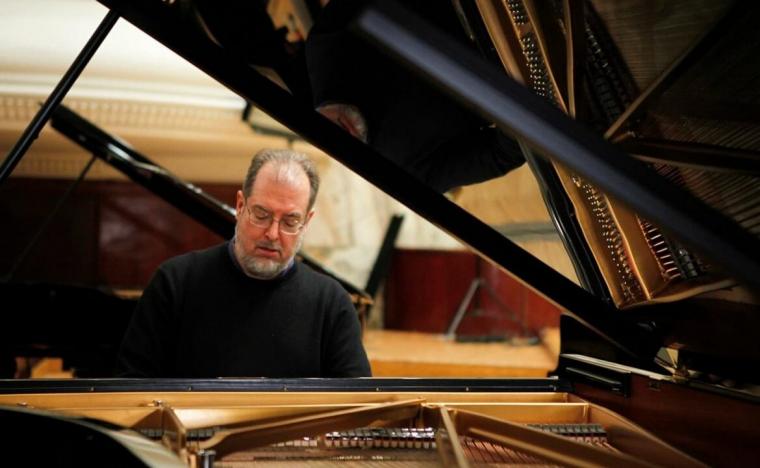 Described by Cleveland.com as “justly acclaimed as a titanic force at the keyboard,” special guest Garrick Ohlsson joins the Quad City Symphony Orchestra for the ensemble's October 2 and 3 presentations of The New World, the first concerts in the musicians' 2021-22 Masterworks season, and performances showcasing a pianist whose recent concert engagement was described by the New York Times as “a vigorous, crisp, and clear performance without a trace of Romantic excess.”

Since his triumph as winner of the 1970 Chopin International Piano Competition, Ohlsson has established himself worldwide as a musician of magisterial interpretive and technical prowess. Although long regarded as one of the world’s leading exponents of the music of Frédéric Chopin, Ohlsson commands an enormous repertoire, which ranges over the entire piano literature. A student of the late Claudio Arrau, Ohlsson has come to be noted for masterly performances of the works of Mozart, Beethoven, and Schubert, as well as the Romantic repertoire. To date, he has at his command more than 80 concertos, ranging from Haydn and Mozart to works of the 21st century, many commissioned specifically for him.

A frequent guest with the orchestras in Australia, Ohlsson has recently visited Perth, Brisbane, Melbourne, Sydney, Adelaide, and Hobart, as well as the New Zealand Symphony in Wellington and Auckland. In February of 2020, the pianist accomplished a seven-city recital tour across Australia just prior to the closure of the concert world due to COVID-19. An avid chamber musician, Ohlsson has collaborated with the Cleveland, Emerson, Tokyo, and Takacs string quartets, including, recently, the Boston Chamber Players on tour in Europe. Together with violinist Jorja Fleezanis and cellist Michael Grebanier, he is a founding member of the San Francisco-based FOG Trio, and has appeared in recital with such legendary artists as Magda Olivero, Jessye Norman, and Ewa Podleś.

In the Quad City Symphony Orchestra's season-opener for the Masterworks series, Ohlsson's gifts will be showcased on Samuel Barber's powerhouse Piano Concerto. Prior to its presentation, the symphony's 107th season will open with Dudley Buck’s rousing Festival Overture on the American National Air. And fittingly for a concert repertoire titled A New World, this program of musical Americana will conclude with Antonín Dvořák’s beloved New World Symphony, a composition inspired by African-American spirituals and Native American songs.

The Quad City Symphony Orchestra's Masterworks I: The New World performances will be held at Davenport's Adler Theatre on October 2 at 7:30 p.m. and, in Rock Island, Augustana College's Centennial Hall on October 3 at 2 p.m. Admission is $10-65, and more information and tickets are available by calling (563)322-0931 or visiting QCSO.org.