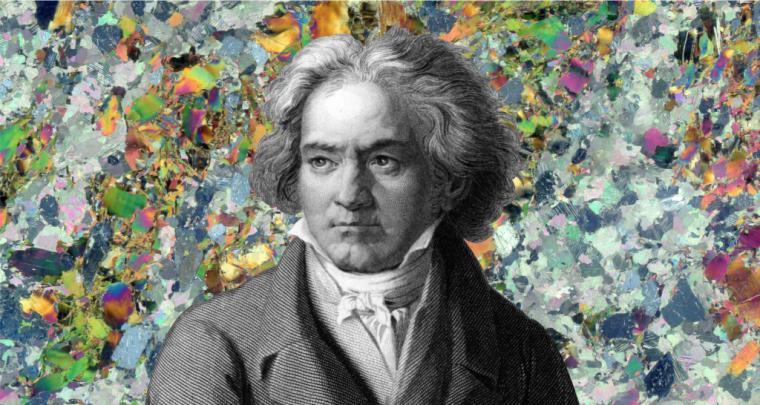 Although "Ode to Joy" was originally an ode written in 1785 by German poet, playwright, and historian Friedrich Schiller, the title is best known for its use by Ludwig van Beethoven in the fourth and final movement of his Ninth Symphony, which completed in 1824. Beethoven's text is not based explicitly on Schiller's poem, and it introduces a few new sections, but the tine was adopted as the "Anthem of Europe" by the Council of Europe in 1972, and subsequently by the European Union. In the symphony's Masterworks season opener, the program will begin with Jonathan Bailey Holland’s Ode, a minimalist and hip-hop-influenced response to Beethoven and his Ninth Symphony through a 21st-century lens. And then the QCSO will bring Beethoven’s exuberant and transcendent Ninth Symphony to life, in a performance featuring a full chorus led by Augustana professor Jon Hurty and four exceptional soloists: soprano Jacqueline Piccolino; mezzo-soprano Katherine Pracht; tenor Alex Boyer; and baritone Malcolm Mackenzie.

With all four soloists boasting extensive professional credits, Piccolino has been hailed by the San Francisco Chronicle as having "impeccable technique and stage presence," received the Eileen Deneen Award from the American Opera Society of Chicago, and was a Bursary Recipient by the Opera Awards Foundation. Davenport native Pracht recently performed the title role of Elizabeth Cree with West Edge Opera, leading Opera News to rave, "Pracht was an agile, intelligent, and well-sung Elizabeth, her shapely mezzo-soprano registering with clarity in each scene." Appearing in Festival Opera’s production of Pagliacci, Boyer, according to the San Francisco Chronicle, “mustered a large, potent sound that brought a welcome measure of anguish and dark menace to the role of Canio; his delivery of the famous showpiece ‘Vesti la giubba’ lacked nothing in the way of grit and vocal power.” And Mackenzie, praised by Opera News for his "rich, warm, and dark tone" and "confident, commanding" presence, has performed at leading opera houses throughout the U.S. and Europe, including the Metropolitan Opera, New York City Opera, and Paris Opera (Bastille).

Masterworks I: Ode to Joy performances will be held at Davenport's Adler Theatre on October 1 at 7:30 p.m., and, in Rock Island, at Augustana College's Centennial Hall on October 2 at 2 p.m. Both performances will be presented without an intermission, admission is $10-65, and more information and tickets are available by calling (563)322-0931 and visiting QCSO.org.