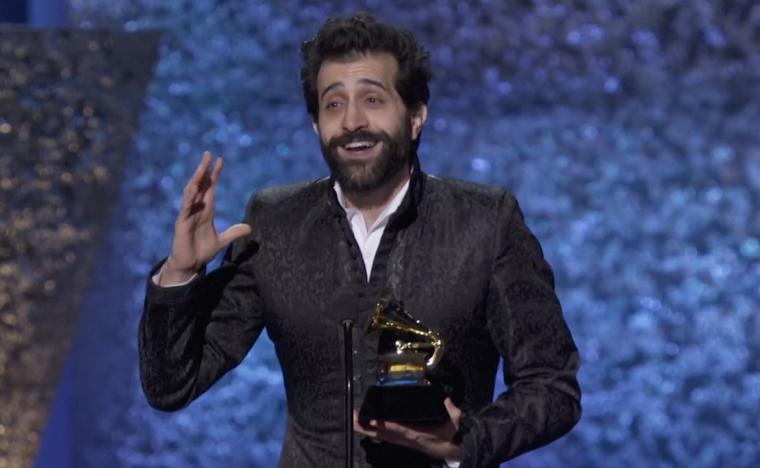 Instrumental and vocal celebrations of overseas beauty will be on the docket as the Quad City Symphony Orchestra continues its Masterworks season with the musicians' third showcase for 2021-22: English Serenade, December 4 and 5 presentations held at the Adler Theatre and Bartlett Performing Arts Center highlighted by the performances of Grammy Award-winning tenor Karim Sulayman and the QCSO's longtime principal horn player Marc Zyla.

The Lebanese-American Sulayman has garnered international attention as a sophisticated and versatile artist, consistently praised for his sensitive and intelligent musicianship, riveting stage presence, and beautiful voice. The 2019 Grammy recipient for "Best Classical Solo – Vocal," he has appeared with New York City Opera, Boston Lyric Opera, and Chicago Opera Theater, as well as with the Chicago, Pittsburgh, and National Symphony Orchestras. Additionally, Sulayman's vocal gifts have been featured at the Elbphilharmonie, Carnegie Hall, Lincoln Center, Kennedy Center, Ravinia Festival, International Bach Festival, Aldeburgh Festival, Casals Festival, and the Aspen Music Festival, and he has collaborated with conductors including Harry Bicket, Marin Alsop, Osmo Vänskä, Helmuth Rilling, and Robert Spano. A native of Chicago, Sulayman graduated with highest honors from the Eastman School of Music, where he worked in the Collegium Musicum under the tutelage of Paul O’Dette, and earned a Masters degree from Rice University.

Zyla is the Director of Education and Community Outreach for the Quad City Symphony Orchestra and General Manager of the Quad City Symphony Youth Ensembles (QCSYEs) program, and has been principal horn with the ensemble since 2011. He earned a Bachelor’s degree in Musical Arts from West Virginia University, a Master’s degree in Horn Performance from Carnegie Mellon University, and a Doctor of Musical Arts degree in Horn Performance and Literature from the University of Illinois at Urbana-Champaign. Prior to his appointment at QCSO, Zyla had been the Consortium Instructor of Horn at the University of Evansville and principal horn of the Evansville Philharmonic Orchestra, and internationally, he has performed as principal horn of the Philharmonie der Nationen in Germany and the Orquesta Filarmónica de Jalisco in Mexico.

In the December 4 and 5 English Serenade repertoire, audiences are invited to traverse the English countryside with Edward Elgar’s sonorous and pastoral Serenade for Strings. Zyla then makes his QCSO soloist debut with the robust fanfares of Richard Strauss’ Horn Concerto No. 1, followed by Benjamin Britten’s stirring and virtuosic Serenade for Tenor, Horn, & Strings, with Sulayman's glorious tenor providing vocal accompaniment. This spirited program closes with Wolfgang Amadeus Mozart’s bold and exuberant “Linz” Symphony, and one hour prior to each Masterworks performance, concert-goers are invited to attend informational pre-concert conversations to hear about the specific works on the program.

The Quad City Symphony Orchestra's Masterworks III: English Serenade performances will be held at Davenport's Adler Theatre on December 4 at 7:30 p.m., and at East Moline's Bartlett Performing Arts Center on December 5 at 2 p.m. Admission is $10-65, and more information and tickets are available by calling (563)322-0931 and visiting QCSO.org.