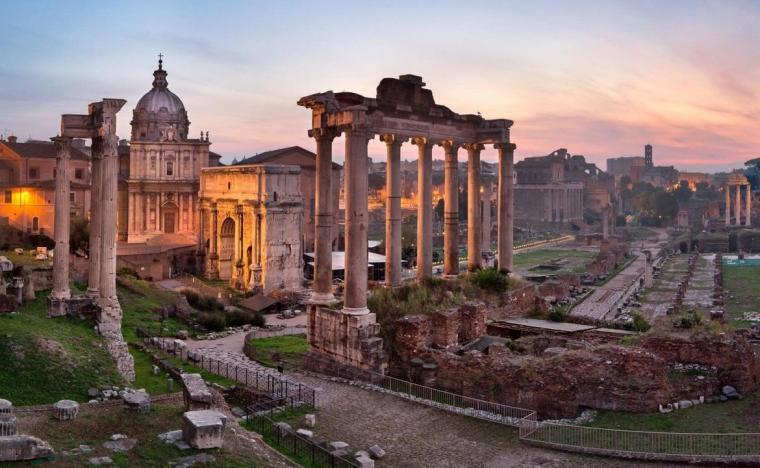 The program opens with Rossini’s elegant Sonata No. 1 for String Orchestra, the first of the composer's six string sonatas written in Ravenna during the summer of 1804. When he composed the works, Rossini was just 12 years old and staying at the home of amateur double bass enthusiast Agostini Triossi, which led to the prominent role that the instrument assumes in the pieces. At first these youthful works were scored for two violins, violoncello, and double bass only, but modern performances are most commonly presented by ensemble groups such as the QCSO. Each violin line is typically carried by three performers, the cello ‘voice’ is duplicated, and a single bass completes the ensemble.

Mendelssohn's gifts will be represented in the Masterworks performance of his Symphony No. 4, “Italian.” The work has its origins, as had the composer's Scottish 3rd Symphony and The Hebrides overture, in a tour of Europe that Mendelssohn took from 1829 to 1831. The composition's inspiration was the color and atmosphere of Italy, where Mendelssohn made sketches but left the work incomplete, and he completed the symphony in Berlin on March 13, 1833, in response to an invitation from the London Philharmonic Society. Mendelssohn himself conducted the first performance at a London Philharmonic Society concert, and the Germania Musical Society of Boston presented the work's first performance in the United States in November of 1851.

With violinist Phan joining the QCSO for its performance, the musicians' latest Masterworks program is completed by the first movement of Mozart's charming Violin Concerto No. 3, I. Allegro. The piece was composed by Mozart in Salzburg in 1775 when he was 19 years old, and in a letter to his father, the young composer called it the “Straßburger-Concert.” Researchers believe this epithet comes from the motive in the third movement's central section: a local, minuet-like dance that already had appeared as a tune in a symphony by Carl Ditters von Dittersdorf. The work is scored for solo violin (a musical line to be played by Phan), two horns in G and D, and strings, with two flutes and two oboes performed in the work's second movement.

The digital version of the Quad City Symphony Orchestra's latest Masterworks concert The Italian Symphony will air via the musicians' Uscreen Channel, with only one $40 ticket required per household. Digital access will begin at 2 p.m. on February 7, and the program will be available to stream for 30 days. For more information and virtual tickets, call (563)332-7276 or visit QCSO.org.