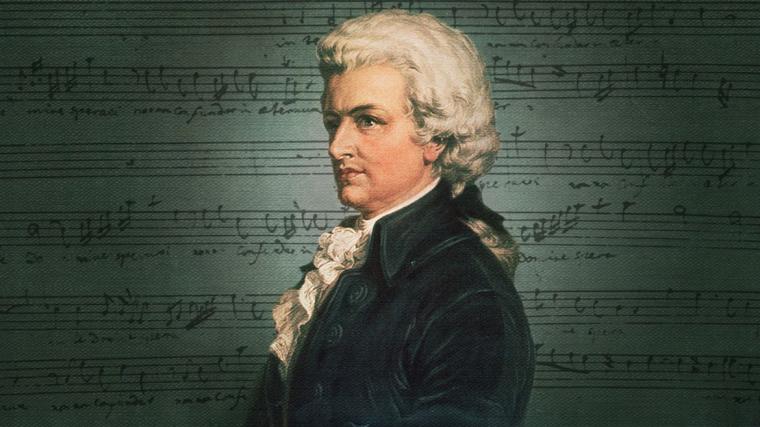 Two of the most prolific and notable composers of all time will be the focus of the Quad City Symphony Orchestra's fifth virtual presentation in the musicians' 2020-21 Masterworks series, with the March 7 presentation A Little Night Music showcasing Wolfgang Amadeus Mozart's spirit-lifting Serenade in G major, Eine kleine Nachtmusik (A Little Night Music) and Johannes Brahms' rich, enchanting Serenade No. 2, op. 16.

Mozart's Eine kleine Nachtmusik was completed in Vienna on August 10 of 1787, around the time the composer was working on the second act of his opera Don Giovanni. Although it is not known why it was composed, famed German author Wolfgang Hildesheimer noted that most of Mozart's serenades were written on commission, and suggested that this serenade, too, was a commission, albeit one whose origin and first performance were not recorded. The traditionally used name of the work comes from the entry Mozart made for it in his personal catalog, which begins, "Eine kleine Nacht-Musik,” and the composition was not published until about 1827, long after Mozart's death, Today, the serenade is widely performed and recorded, and among the most popular of all of Mozart's works. Describing the music, Hildesheimer wrote, "Even if we hear it on every street corner, its high quality is undisputed, an occasional piece from a light but happy pen."

Brahms composed his Serenade No. 2, op. 16. between 1858 and 1859 and conducted the work's first performance in Hamburg on February 10, 1860. The score calls for two flutes and piccolo, two oboes, two clarinets, two bassoons, two horns, violas, cellos, and basses. Discussing Brahms' serenades in program notes for the Chicago Symphony Orchestra, Phillip Huscher wrote, “Today, Brahms’ two genial serenades are often thought of as mere studies for his celebrated symphonies – as a way of warming up for the serious business of following in Beethoven’s footsteps and tackling the greatest of classical forms. The serenades clearly are the work of a young man who was gaining experience writing for an orchestra and learning about large-scale form. And they are the obvious link between the earliest stage of Brahms’ career, when the slim and beardless composer wrote little but piano music, and the full maturity of the commanding, grandfatherly figure whose symphonies and concertos were the talk of Vienna. But Brahms’ serenades are also his response to the great tradition of Mozart serenades and divertimentos, and like Beethoven’s septet and Schubert’s octet, they are small-boned masterpieces in their own right.”

The digital version of the Quad City Symphony Orchestra's latest Masterworks concert A Little Night Music will air via the musicians' Uscreen Channel, with only one $40 ticket required per household. Digital access will begin at 2 p.m. on March 7, and the program will be available to stream for 30 days. For more information and virtual tickets, call (563)332-7276 or visit QCSO.org.