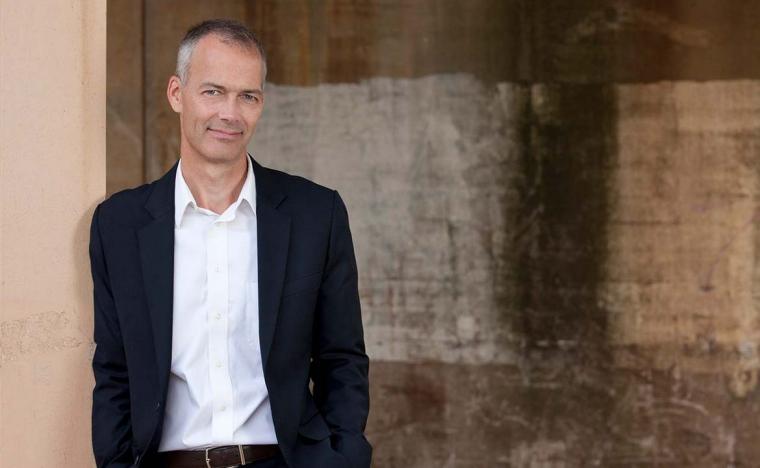 Wrapping up a 2018-19 Masterworks season that has boasted legendary works by some of the world's most noted composers, the musicians of the Quad City Symphony Orchestra, on April 6 and 7, will turn their collective attention to the Quad Cities themselves in Quad Cities Past & Present, a repertoire featuring the world premiere of a QCSO-commissioned work by Chicago-based composer James M. Stephenson.

Leading American orchestras, instrumentalists, and wind ensembles around the world have performed Stephenson's music both to critical acclaim and the delight of audiences, and in raving about his “straightforward, unabashedly beautiful sounds,” the Boston Herald suggested that “Stephenson deserves to be heard again and again!” A formal sense of melody and tonality characterize his music, each embedded in a contemporary soundscape, and coupled with the composer’s keen ability to write to each occasion, these qualities have led to a steady stream of commissions and ongoing projects – including his new, Quad Cities-themed composition CitySpeaks: A Multimedia Tone-poem.

Among other recent commissions, the Chicago Symphony's bass trombonist Charles Vernon asked Stephenson to write a new concerto – a work for the ensemble's 2018-19 season under the direction of Riccardo Muti – while a second bass trombone concerto received its orchestral premiere in 2017 with the St. Louis Symphony and soloist Gerry Pagano. “The President’s Own” United States Marine Band also commissioned a symphony (the composer’s second in this genre) and gave the work its 2016 premiere at the prestigious Midwest Clinic, where the musicians subsequently recorded the work. Additionally, Stephenson’s landmark young-audience work Compose Yourself! has now been performed over 300 times since its creation in 2002, engaging children in New Zealand, Canada, and across the United States. Additional Stephenson premieres have taken place at Carnegie Hall, the Music Academy of the West, and the Cabrillo Music Festival, while his arrangements have been performed, recorded, and/or broadcast by virtually every major orchestra in the country, including the Boston Pops, Cincinnati Pops, and New York Pops.

In addition to its performances of Stephenson's CitySpeaks, the Quad City Symphony Orchestra's final Masterworks concerts of the season will find the musicians performing composer Carlos Chávez's rhythmic Sinfonía India, based on Mexican folk tunes, as well as Antonin Dvořák’s tempestuous yet triumphant “Symphony No. 7.” Quad Cities Past & Present performances will be held at Davenport's Adler Theatre at 8 p.m. on April 6 and Rock Island's Augustana College Centennial Hall at 2 p.m. on April 7, admission is $8-62 on Saturday and $8-39 on Sunday, and more information and tickets are available by calling (563)322-7276 or visiting QCSO.org.