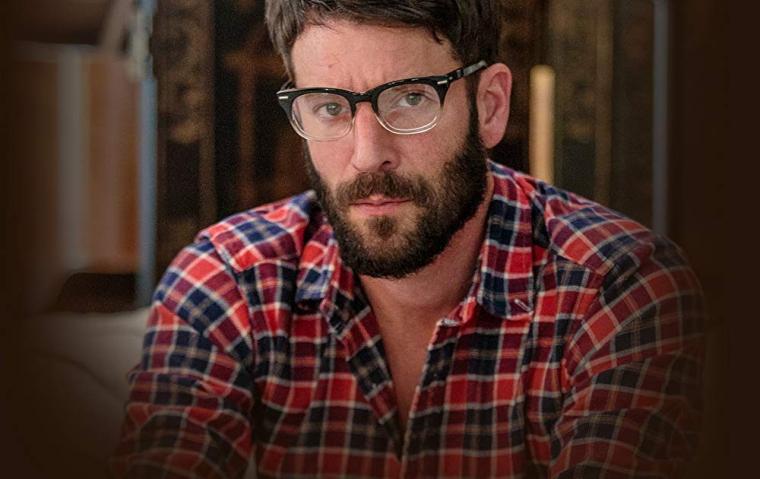 With Exclaim! praising his latest album as “a soft and sumptuous collection” that “features some of the finest songs of his career,” Grammy-winning folk rocker Ray LaMontagne plays Davenport's Adler Theatre on October 24 in support of his 2018 release Part of the Light, a work that led Spill magazine to state, “The only disappointing aspect of this albuym is that it is only nine songs long.”

Born in Nashua, New Hampshire, in 1973, LaMontagne began his professional music career in 1999, recording 10 songs for a demo album that earned him a spot as the opening act for John Gorka and Jonathan Edwards. Inspired by business executive Ron Clayton to record his debut with Chrysalis Music Publishing, the singer/songwriter's Trouble was released in 2004 and became an immediate success, selling more than 250,000 copies in the United States and 500,000 worldwide. Trouble also earned LaMontagne three Boston Music Awards (for Best Male Singer/Songwriter, Album of the Year, and Song of the Year) and an XM Nation Music Award (for Acoustic Rock Artist of the Year), and led to songs from the album permeating pop culture through their appearances in TV series such as Alias and Rescue Me and the films She's the Man, The Boys Are Back, and The Town.

Further soundtrack fame came with LaMontagne's follow-up album Till the Sun Turns Back, which peaked at number 28 on the Billboard 200 chart and found hit songs such as “Lesson Learned,” “Within You,” and “Be Here Now” included in the films Away from Her and 27 Dresses, plus the TV series ER, Bones, Brothers & Sisters, and One Tree Hill. Since then, LaMontagne's career accomplishments have included an additional three albums (2008's Gossip in the Rain, 2010's God Willin' & the Creek Don't Rise, and 2014's Supernova) reaching the top three on the Billboard charts, two Grammy nominations and a win (for Best Contemporary Folk Album) for God Willin', and a chart-topping smash in 2010's “Beg, Steal, or Borrow.” Currently touring in support of his seventh studio album Part of the Light, LaMontagne inspired Consequence of Sound to rave, “Hearing Ray LaMontagne perform live is a poignant and magical experience,” while The Boston Herald stated, “LaMontagne’s voice remains a marvel, quiet and reflective one minute and forceful and impassioned the next. It really is an amazing instrument.”

Ray LaMontagne's October 24 concert finds the artist performing with Wilco's John Stirratt accompanying him on bass, admission to the 7:30 p.m. show is $39.50-79.50, and tickets are available by calling (800)745-3000 or visiting AdlerTheatre.com.