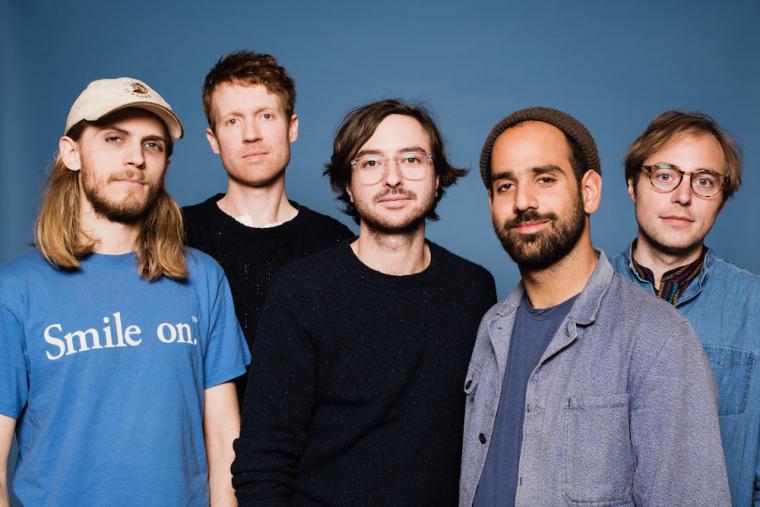 Praised by Paste magazine as “reliably and thoroughly exceptional” and by Spin for “music as blissful and unhurried as a cat lolling about in a sunbeam,” the indie-rock artists of Real Estate play a June 8 Codfish Hollow Barn concert co-sponsored by Moeller Nights, with their most recent album In Mind inspiring Consequence of Sound to rave, “Everything Real Estate touches turns to bliss.”

Known for its warm, hazy style with breezy melodies, Real Estate was formed in Ridgewood, New Jersey, by lead singer/guitarist Martin Courtney, guitarist Matthew Mondanile, bassist Alex Bleeker, and drummer Etienne Duguay. The foursome had played together in bands, among them a Weezer cover band, during high school, and after forming Real Estate in the summer of 2008, the young musicians began playing live that fall, releasing their Suburban Beverage EP – an introduction to their surfy, lo-fi pop stylings – early in 2009. A song on the Underwater Peoples Records Showcase and the Fake Blues EP appeared that summer, and Real Estate spent its fall of 2009 touring with Girls before its self-titled debut was released by Woodsist.

The quartet joined the Domino Records roster in 2011 for its sophomore album Days, which hit several Billboard charts including the rock, alternative, independent, and vinyl albums charts, eventually reaching number 52 on the Billboard 200. Shortly following its release, the band went through a lineup change with Duguay dropping out and being replaced by drummer Jackson Pollis, with auxiliary member Jonah Maurer joining the performers on keyboards and additional guitars. This new Real Estate assemblage toured aggressively for the well-received Days – an album Pitchfork.com deemed “cleaner, sharper, and stronger than the group's excellent 2009 self-titled debut” – and with the band's 2014 album Atlas (with Maurer now replaced by Matt Kallman), the group made its first appearance in the Billboard 200's Top 40. After one more lineup change, with Mondanile replaced by Julian Lynch, the current Real Estate quintet released In Mind in March of 2017, leading The Quietus to dub the artists “a band that is always the same; or perhaps more pertinently, always brilliant.”

Real Estate performs its June 8 concert with opening sets by Habibi and Twinsmith, and admission to the 8 p.m. show is $20-25. For more information and tickets, visit MoellerNights.com or CodfishHollowBarnstormers.com.