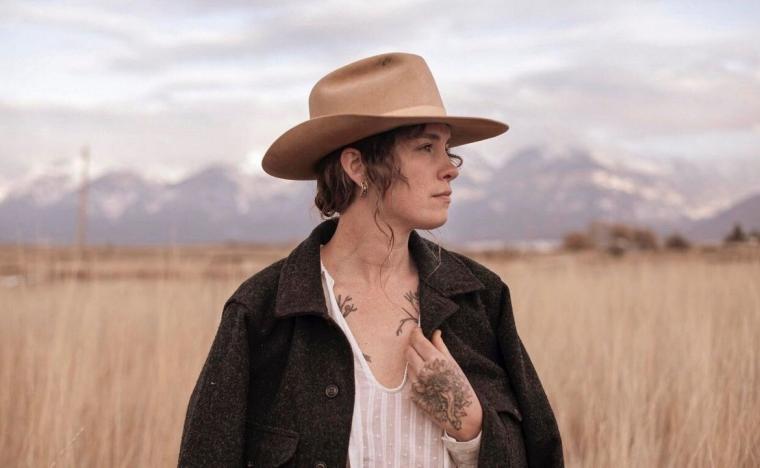 Praised by Rolling Stone as an artist who “evokes the late, great Glen Campbell” and by No Depression as “the real deal,” Montana-based singer/songwriter Roddy Arman deadlines a November 27 concert at Davenport's Raccoon Motel, her gifts inspiring Flood magazine to state, “The resolve in Arman's vocals recalls icons like Johnny Cash or Dolly Parton – both strong songwriters who were able to distill a sense of melancholy, romance, and sincerity in the necessary hurt of being human.”

With her self-titled debut album unveiled this past summer, Arman opens that La Honda Records release with “Spirits, Angels, or Lies,” a song inspired by the true story of her father’s passing. In the lyrics, she examines the human tendency to interpret the unknown, weaving details regarding the final moments and visual hallucinations experienced when Johnny Cash visited her father on his deathbed. Longtime Arman fans will recognize the song from her viral performance video, shot by Western AF in a Montana rail link boxcar, where the world was first introduced to her distinct, sultry lope. Since then Arman has traveled across the country writing songs, working as a ranch hand, and practicing an Agrarian lifestyle, though it was during her rural-Ohio childhood full of folk and country music that she was first drawn to the guitar. Her deep dive into songwriting didn’t happen until Arman's early 20s, when she moved to central Virginia to resume her interest in horsemanship and agriculture on a friend’s small farm.

Not long after the success of her Western AF session, Arman began an intensive six-day recording engagement at Mississippi Studios in Portland, Oregon, and longing to capture the essence of deeply personal stories from her life, she teamed up with producer Bronson Tew of Dialback Sound and tracked nine songs. The result was her Riddy Arman album, a critically acclaimed work that inspired Rolling Stone to rave, "The music swells around her with grandeur, and a chorus of voices backs her up, but Arman cuts through it all with the lonesome tear in her voice.” Arman has recently played at Under the Big Sky Festival and has supported her friend and label-mate Colter Wall, and her current U.S.. tour that began with a sold-out show at Live from the Divide will also take the artist to Minneapolis, Chicago, Louisville, Nashville, Memphis, Tulsa, and Denver.

Riddy Arman plays her November 27 Davenport engagement with an opening set by David Quinn, admission to the 8 p.m. concert is $12, and more information and tickets are available by visiting TheRaccoonMotel.com.