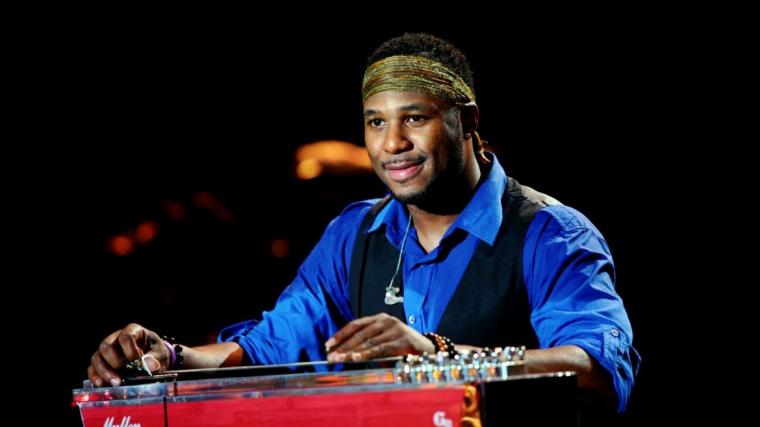 Robert Randolph & the Family Band at the Redstone Room -- September 28.

Lauded by NPR for their “irresistible rock 'n' roll swagger,” and with its frontman landing on Rolling Stone's list of the 100 greatest guitarists of all time, the Grammy-nominated Robert Randolph & the Family Band play a September 28 concert at Davenport's Redstone Room, the group's most recent release Got Soul inspiring Blues Rock Review to deemed them “a jam band full of energy and power.”

Before releasing albums with the Family Band, New Jersey native Randolph was selected by avant-garde jazz organist John Medeski to join him and the North Mississippi Allstars on the group's 2001 jam project The Word. Just prior to the release of The Word's debut album, however, Randolph was brought to the attention of music fans through a rave review of his guitar skills in the New York Times. Randolph consequently formed his Family Band and self-released their first album Live at the Wetlands in 2001, with their studio debut Unclassified landing in 2003. As that work received a Grammy nomination for Best Rock Gospel Album and Randolph scored another Grammy nod for Best Rock Instrumental Performance for the single “Squeeze,”Robert Randolph & the Family Band attracted the attention of Eric Clapton, and have subsequently toured numerous times as a supporting act for the legendary blues guitarist. (Clapton later guested on the ensemble's 2006 album Colorblind, playing on a cover of “Jesus Is Just Alright.”)

Over the years since, Robert Randolph & the Family Band have released a quartet of additional studio albums in 2010's We Walk This Road, 2011's Live in Concert, 2013's Lickety Split, and 2017's Got Soul, the latter a Grammy nominee for Best Contemporary Blues Album. Boasting guests appearances by vocalist Darius Rucker, jazz and gospel keyboardist Cory Henry, and R&B singer Anthony Hamilton, Got Soul has been the beneficiary of some of the group's strongest critical notices to date. Praising its “frenetic funky energy and slamming drums that cook from the drop,” Glide magazine wrote, “The album will provide kindling for the group to burn up stages across the country on the Family Band’s next tour.” And as reviewer Andie Howie admitted on ThePopBreak.com, Got Soul is “so powerful and joyous that you start dancing in your living room by yourself to the bewilderment of your dogs.”

Robert Randolph & the Family Band play the Redstone Room on September 28, admission to the 9 p.m. concert is $35-40, and more information and tickets are available by calling (563)326-1333 or visiting RiverMusicExperience.org.