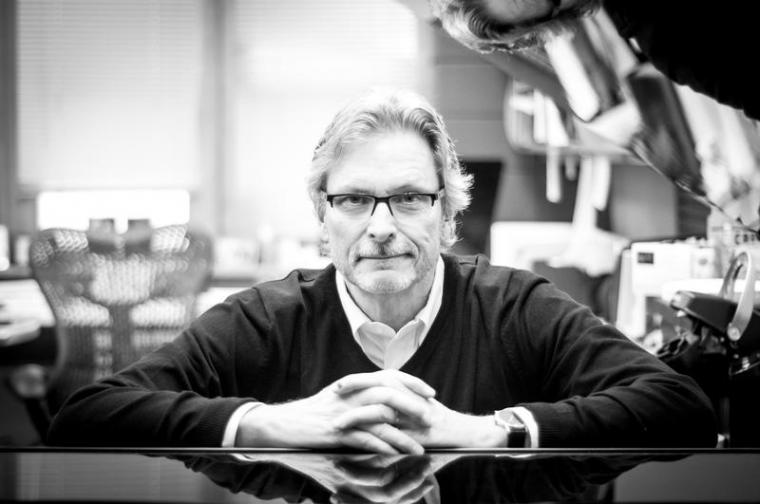 The Robert Washut Emeritet at the Redstone Room -- November 17.

A quintet of talents united by the University of Northern Iowa and their shared love of jazz, the gifted musicians of the Robert Washut Emeritet play Davenport's Redstone Room on November 17 as the latest guests in Polyrhythms' Third Sunday Jazz Workshop and Matinée Series, with all five band members accomplished performers, composers, arrangers, bandleaders, and/or educators.

Washut was professor of music at UNI from 1980 to 2018, and served as Director of Jazz Studies from 1980 to 2002. For his compositions and arrangements, Washut received numerous commissions from collegiate and high school jazz ensembles, professional jazz artists, and symphony orchestras, with many of his works published by outlets such as Kendor Music, UNC Jazz Press, ejazzlines, C.L. Barnhouse, Really Good Music. During his 22 years as director of the award-winning UNI Jazz Band One, Washut recorded 11 CDs (two of which earned five-star ratings from DownBeat magazine), toured Europe three times, consistently received “Outstanding Band” recognition at collegiate jazz festivals throughout the Midwest, and was awarded three “Outstanding Performance” citations in DownBeat’s annual Student Music Awards.

A jazz pianist who founded the popular Latin jazz band Orquesta Alto Maiz in 1986 (a group he performed with for 27 years), Washut's recording Journey to Knowhere was released in 2018 and features his original compositions for jazz dodectet. He was also a composer/arranger for Bobby Shew’s Salsa Caliente, recorded the jazz-duo CD Gemini with Chris Merz in 2007, and was inducted into the Des Moines Hall of Fame in 2013.

The Robert Washut Emeritet was formed in 2019 after its frontman retired from the University of Northern Iowa School of Music after 38 years. Now an emeritus professor, Washut formed the band as a vehicle to remain creatively active in retirement, and the group's repertoire is culled exclusively from his body of original compositions. The jazz quintet is composed of UNI faculty and alums with Chris Merz on saxophones, Dr. Michael Conrad on trombone, Dr. Alexander Pershounin on bass, and Dave Tiede on drums. Merz is the current jazz studies director at UNI; Conrad, a UNI alum, is in his second year at UNI as a professor of jazz and music education; Pershounin is the professor of bass at UNI; and Tiede is a freelance drummer and UNI graduate currently living in Marion, Iowa. “We are very fortunate to again have such accomplished musicians, with such breadth, performing for our series” says Polyrhythms' director Nate Lawrence. “A glimpse of each artist’s background inspires reverence.”

The Robert Washut Emeritet plays its Davenport engagement at 6 p.m. on November 17, and the concert will be preceded by a 3 p.m. “Jazz Demystifying” workshop. Admission is $10-15 for the evening performance, with the workshop $5 for adults and free for students, and tickets and information are available by contacting Polyrhythms at (309)373-0790 or Polyrhythms.org or the Redstone Room at (563)326-1333 or RiverMusicExperience.org.