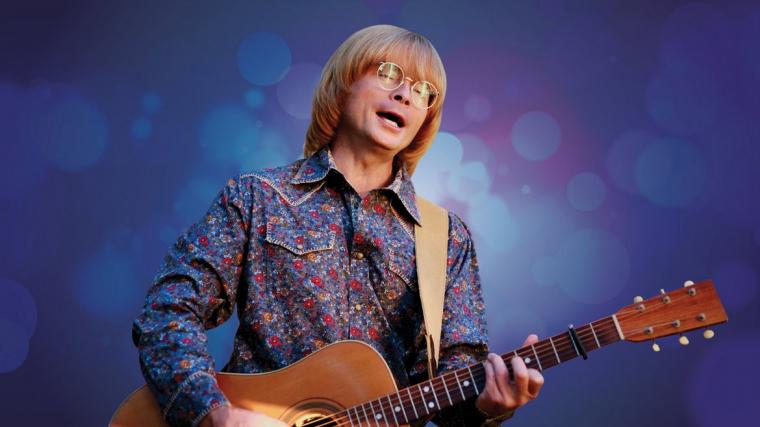 “A Rocky Mountain High Experience" at the Adler Theatre -- April 16.

Delivering a live performance of iconic country and folk favorites, Los Angeles musician Rick Schuler brings his John Denver tribute A Rocky Mountain High Experience to Davenport's Adler Theatre on April 16, presenting a salute to the Grammy-winning legend that will boast such unforgettable songs as “Sunshine on My Shoulders,” “Take Me Home, Country Roads,” “You Fill Up My Senses,” and “Thank God I’m a Country Boy.”

Born Henry John Deutschendorf Jr. in 1943, Denver was a songwriter, record producer, actor, activist, and humanitarian whose greatest commercial success came as a solo singer. After traveling and living in numerous locations while growing up in his military family, Denver began his music career with folk-music groups during the late 1960s, and by the start of the '70s, he was one of the most popular and best-selling acoustic artists of the decade, with AllMusic.com calling him “among the most beloved entertainers of his era.” Denver recorded and released approximately 300 songs, about 200 of which he also composed. He had 33 albums and singles that were certified Gold and Platinum in the U.S by the RIAA, with estimated sales of more than 33 million units, and he recorded and performed primarily with an acoustic guitar, singing about his joy in nature, disdain for city life, enthusiasm for music, and relationship trials.

Denver's music appeared on a variety of charts, including Billboard's country music, Hot 100, and adult contemporary, with the artist earning 12 gold and four platinum albums with his signature songs "Take Me Home, Country Roads," "Annie's Song," "Rocky Mountain High," "Calypso," "Thank God I'm a Country Boy," and "Sunshine on My Shoulders." Prior to his 1997 death in a plane crash, Denver was inducted into Songwriters Hall of Fame, earned an Emmy Award for his TV special An Evening with John Denver, and received three American Music Awards, two Country Music Association Awards, and an Academy of Country Music Award for 1974's Back Home Again, which was named Album of the Year. A year after Denver's passing, he also received a Grammy Hall of Fame Award for “Take Me Home, Country Roads,” and having lived in Aspen for much of his life, Denver was named Colorado's poet laureate in 1974, with the Colorado state legislature adopting “Rocky Mountain High” as one of its two state songs in 2007.

A Rocky Mountain High Experience takes place in downtown Davenport at 8 p.m. on April 16, admission is $55, and more information and tickets are available by calling (800)745-3000 or visiting AdlerTheatre.com.