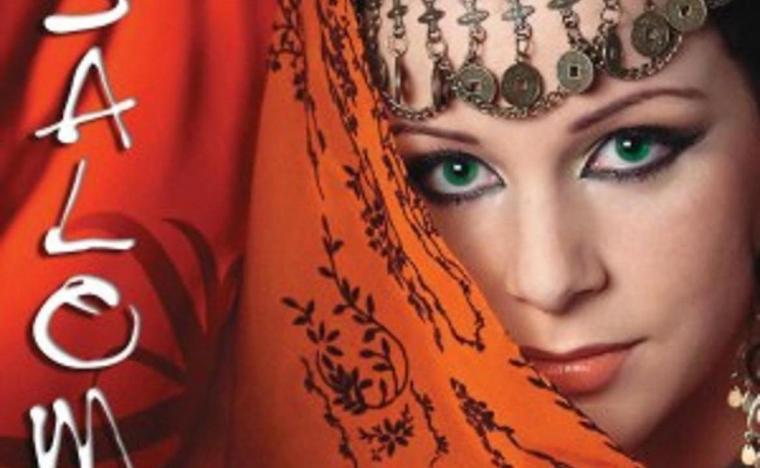 One of the most famous and initially controversial operas of all time will be granted a special encore screening on January 14 as Cedar Rapids Opera Theatre delivers a virtual presentation of its 2010 Iowa PBS smash Salome, composer Richard Strauss' classic that showcases internationally celebrated soprano Amy Johnson.

Based on Oscar Wilde's 1891 play, and with a libretto by Hedwig Lachmann, Strauss' one-act opera tells the Biblical story of stepdaughter of Herod Antipas (identified as Salome by the historian Josephus), who, to her stepfather's dismay and the delight of her mother Herodias, requests the head of John the Baptist on a silver platter as a reward for pleasing Herod for her dancing – a dance famously, and originally infamously, known as “The Dance of the Seven Veils.” Wilde originally wrote Salome in French, and after Strauss saw the work in Lachmann's version, he immediately set to work on an opera. The play's formal structure was well-suited to musical adaptation, as Wilde himself described Salome as containing “refrains whose recurring motifs make it so like a piece of music and bind it together as a ballad.” Salome's combination of its Christian biblical theme with the erotic and the murderous – qualities that originally attracted Wilde to the tale – shocked opera audiences from the work's debut at Dresden's Königliches Opernhaus on December 9, 1905. Yet within two years, the work had been produced in 50 other European opera houses.

Cedar Rapids Opera Theatre's encore presentation of Salome will be shown at 7 p.m. on January 14, and can be viewed through YouTube.com/cedarrapidsopera, after which it will be available at the opera company's Web site. For more information, call (319)365-7401 or visit CROpera.org.