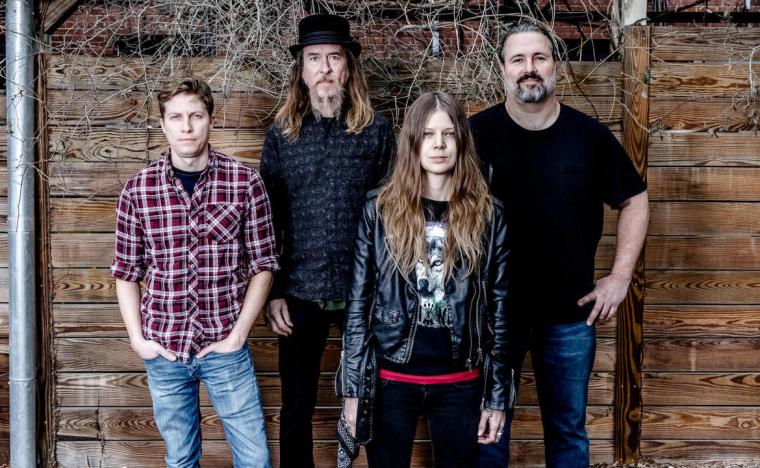 Performing in support of their latest album that Rolling Stone calls “a crisp display of precision” in which “everyone plays with fire and purpose,” the musicians of Sarah Shook & the Disarmers serve as Moeller Nights headliners on October 9, their rock-infused country stylings on Years described by NoDepression.com as “real, raw, mean-and-evil, bad-and-nasty bidness that makes an ass-kickin' sound mighty fine.”

Born in Rochester, New York, 33-year-old Shook was homeschooled and grew up in a fundamentalist Christian family where music was restricted, with Shook only allowed to listen to classical and worship music. She taught herself piano at age nine and acoustic guitar in high school, and after her family's relocation to North Carolina, Shook started her first band – Sarah Shook & the Devil – in 2010. Soon after releasing 2013's seven-song EP Seven, the group disbanded, at which point Shook recruited Devil guitarist Eric Peterson for her new outfit Sarah Shook & the Disarmers, which recorded its debut record Sidelong in 2015. Named one of 2015's “50 Essential Albums” by Saving Country Music, the release was named number two on Indy Week's “25 Best Albums of 2015” chart, with BuzzFeed Community consequently naming Shook as one of five female artists most impacting the country-music scene.

With her ensemble also boasting Aaron Olivia on upright bass and Phil Sullivan on pedal steel, Sarah Shook & the Disarmers released its sophomore album Years this past April, and beyond Rolling Stone naming its song “Good as Gold” one of its 10 best country/Americana songs of the week, the album itself has been the beneficiary of the group's strongest reviewes to date. Calling Years “a bracing listen,” the Chicago Tribune wrote, “Guitars, bass, and drums frame and accent the vocals rather than overwhelm them, bridging the worlds of punk grime and honky tonk played on sawdust floors.” And according to PopMatters.com, “Years is a compact, straight to the heart (and feet) record. Every song connects and no notes are wasted. It's a new country classic, plain and simple.”