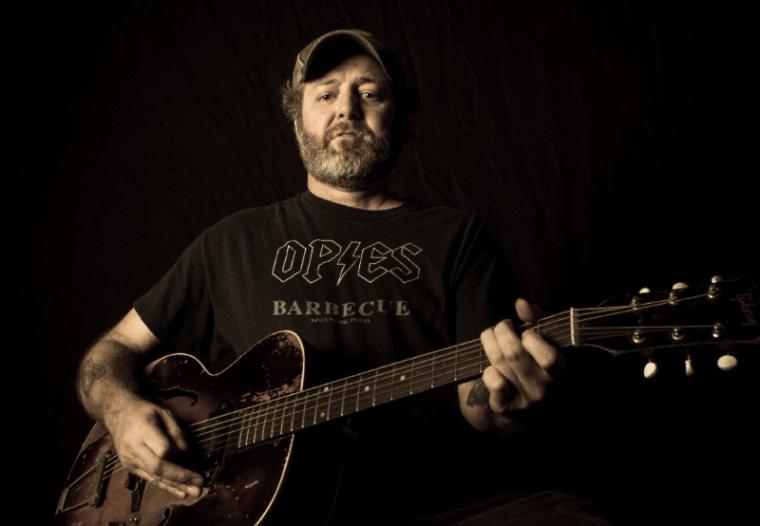 Touring in support of his most recent recording The Bad Testament, and with the River Cities' Reader's Jeff Ignatius deeming him “a hypnotic performer” who delivers “a galloping guitar workout,” Scott H. Biram plays a headlining concert at the Rock Island Brewing Company on August 3, demonstrating why Noisey stated, “His messy, raw records swirl together outlaw country, blues, Americana, soul, and rock 'n' roll, and his new record The Bad Testament is all over the place in the best kind of way.”

A musician, record producer, and ordained minister, Biram is primarily known as one of the prominent players in the “one-man band” musical genre. Born in Lockhart, Texas, the 45-year-old joined local punk rock band The Thangs while in high school, and played shows with them after moving on to college, where he eventually earned a fine-arts degree from Southwest Texas State University. With his musical tastes extending to the roots music of Lightnin' Hopkins and Doc Watson, Biram went on to play with a pair of bluegrass bands – Scott Biram & the Salt Peter Boys and Bluegrass Drive-By – before adopting his aggressive, one-man-band performing style and releasing his debut album This Is Kingsbury? in 2000 on his own KnuckleSandwich Records label.

Another self-released album, Preachin' & Hollerin', appeared in 2002, but a year later, Biram was nearly killed when his truck was involved in a head-on collision with a semi on a Texas highway. While confined to his bed, the musician ecorded the EP Rehabilitation Blues, and less than two months after the accident, Biram played a legendary show at Austin's Continental Club, performing on-stage in a wheelchair with IVs dangling from his arms. The Continental show defined Biram's relentless and rebellious image, and he began playing up to 200 dates a year and releasing records at a steady pace. Since the 2004 release of Biram's The Dirty Old One Man Band, Biram has maintained a demanding touring schedule in between recording new music for Bloodshot Records, turning out five albums (Graveyard Shift, Something's Gone/Lost Forever, Bad Ingredients, Nothin' but Blood, and The Bad Testament), the Hit the River E.P., and four singles over the past 13 years. Biram has also appeared on national television shows such as NBC's The Tonight Show with Jay Leno and performed in prestigious venues such as Lincoln Center, the Hollywood Palladium, and San Francisco's The Fillmore, and Bad Ingredients won the artist the 2012 Independent Music Award for Best Blues Album.

Scott H. Biram plays the Rock Island Brewing Company on August 3 with opening sets by 20-Watt Tombstone and Riff Worm, admission to the 9 p.m. concert is $10, and more information is available by calling (309)793-1999 or visiting RIBCO.com.