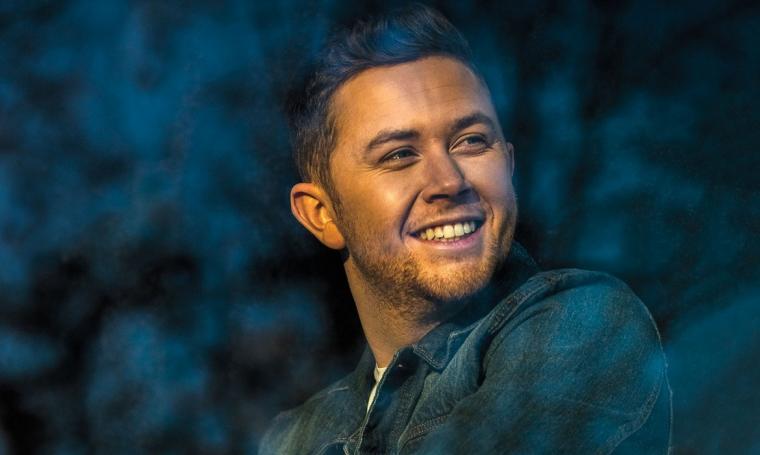 North Carolina native McCreery auditioned for the tenth season of TV's competition program at the age of 16, and at 17, he entered the finale with fellow country singer Lauren Alaina, making it the youngest match-up in the history of the series. He went on to become American Idol's youngest male winner and second-youngest winner overall after season six's Jordin Sparks, and the following year, McCreery's debut album Clear as Day was released on October 4, 2011. The album sold 197,000 units in its debut week, and McCreery made history as the first country act to debut at number one on the Billboard 200 with their first studio album, as well as the youngest man to open at the top of the chart with his debut release. Clear as Day went on to top five separate Billboard charts: Top Current Albums, Digital Albums, Internet Albums, Top Country Albums, and the aforementioned Billboard 200. With that latter ranking, McCreery joined Kelly Clarkson, Ruben Studdard, Clay Aiken, Carrie Underwood, Chris Daughtry, and Adam Lambert as the only American Idol contestants to have a number one album, and Clear as Day has since been certified platinum with over one million units shipped.

Following the 2012 release of the top-five Billboard hit Christmas with Scotty McCreery, the artist delivered his third album See You Tonight in October of 2013. Its title track was released in May of that year as the lead single, and became McCreery's first song to reach the top 10 on Billboard's Hot Country Songs chart. "Feelin' It" was consequently released as the album's second single in April of 2014, and also reached the top 10 on Billboard Country Airplay. Since then, the country star has enjoyed another chart-topping album with 2018's Seasons Change, a recording that found three of its songs topping the Billboard Country Airplay chart: “This Is It,” “In Between,” and “You Time.” The art is currently touring in support of his fifth album Same Truck, which was released last month, and which Billboard.com described as “an album that not only echoes the country star's love for his wife and home state, but also reflects his artistic growth and maturity.”

Scotty McCreery plays the Rhythm City Casino Resort Event Center at 8 p.m. on October 30, admission is $45-80, and more information and tickets are available by calling (844)852-4386 and visiting RhythmCityCasino.com.