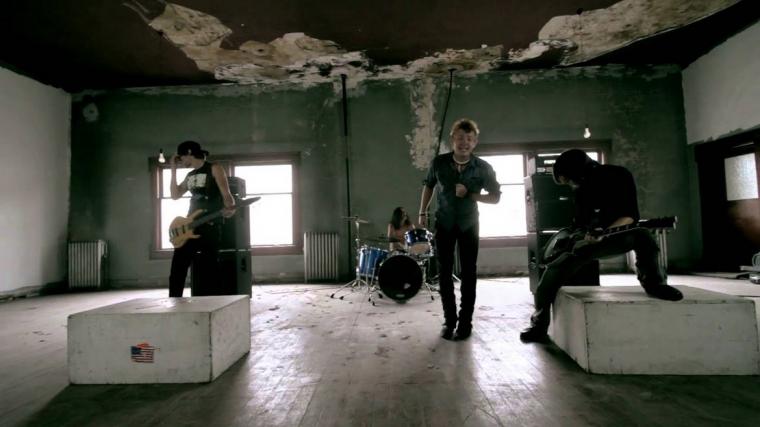 Their 2019 album Saints & Sinners praised by Sonic Perspectives as "the rock fix that the new generation has been craving but hadn't even noticed," the rockers of Shallow Side headline a May 28 concert event at Moline's Rascals Live, demonstrating why the quartet was lauded by Veracious magazine as "a force to be reckoned with."

Currently composed of Sam Bower on bass, Heath Fields on drums, Seth Trimble on guitar and keyboard, and Eric Boatright on lead vocals, Shallow Side's members hail from Cullman, Alabama, with the latter three first meeting in elementary school. By high-school graduation, the longtime friends had become a garage-band trio, turning into a quartet when they met former member Cody Hampton at a concert and began playing local venues in 2010, eventually branching out to clubs in cities including Birmingham, Atlanta, Memphis, and Nashville.

Playing an infectious blend of Southern, alternative, and hard rock, Shallow Side released its debut EP Home Today in 2012 and followed it with 2014's Stand Up, a release that led Dixie Rocker to declare, “This album rocks from start to finish.” The EP's success also led to frequent national-tour spots and a Loudwire citation as “Best New Artist of the Year,” with Shallow Side's accolades continuing to amass with the release of 2017's six-song EP One. Calling the band “masterful at incorporating many genres into their sound,” the recording led New England Music News to rave, “Shallow Side's fiery lyrics and thunderous Southern-rock sound is reminiscent of Lynyrd Skynyrd with a splash of 38 Special,” while Mayhem Music added, “If you enjoy foot-stomping rock 'n' roll, then Shallow Side is for you.”

The group's studio-album debut landed with Origins in 2018, a recording whose song "Can You Hear Me" peaked at number 34 on the U.S. Billboard chart in May, 2017, and Shallow Side spent much of that year performing on the Resurrection Tour alongside Puddle of Mudd, Saliva, Tantric, and The Veer Union. A year later, the album was followed by Shallow Side's sophomore and most recent full-length studio album Saints & Sinners, whose numerous raves included Ever Metal stating that the work "showcases depth and an overall sense of the band edging towards their ultimate sound."

Shallow Side plays its Moline engagement on May 28 with additional sets by Elisium, Non Grata, and High Five Sinners, admission to the 7 p.m. concert is $15-20, and more information and tickets are available by visiting RascalsLive.com.