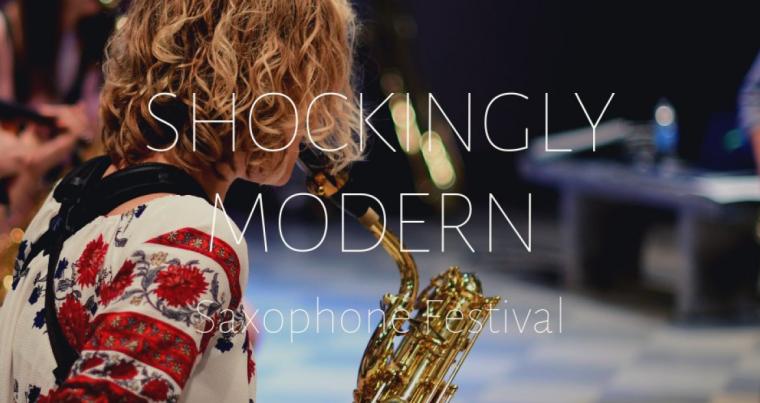 The Shockingly Modern Saxophone Festival at Augustana College -- February 21 and 22.

A celebration of new and experimental works, Augustana College's Shockingly Modern Saxophone Festival, on February 21 and 22, will boast solo and chamber pieces that explore the sonic potential of the sax through improvisation, electronics, and multi-media, with festival founder and artistic director Dr. Randall Hall saying, “There are many saxophone festivals and many new music festivals, but as far as I know, this is the only event in the United States dedicated specifically to new music for saxophone.”

With all events taking place in the the college's Larson Hall within the Bergendoff Hall of Fine Arts, the Shockingly Modern Saxophone Festival will provide two days of concerts, master classes, and workshops. On February 21 at 4:30 p.m., festival attendees will be treated to a performance by the Romex Duo, featuring Dr. Nicki Roman on saxophone, Dr. Alex Wier on percussion, and student performer Evan Simmons. Then, at 7:30 p.m., festival founder Hall takes the Larson stage for a solo performance. An Augustana professor of music, Hall teaches on saxophone, improvisation, music theory, and electronic music, and his performances of new compositions and improvisations tout his mastery of extended techniques and cutting-edge electronics. Innova Recordings describes his music as “high-octane, supercharged sax” while The Wire says he plays with “utter confidence,” “fire and teeth,” and “unexpectedly tough beauty.” Internationally active as a performer and clinician, Hall has given concerts throughout North America, Europe, and Asia, and has recorded on several labels, with his compositions available through Reed Music. 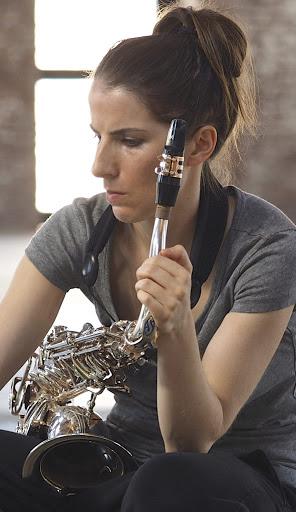 The festival performances scheduled for February 22 begin with a 9 a.m. Larson Hall recital with Duo Gillis Cunningham, featuring Glen Gillis on saxophone and James Cunningham on electronics and didgeridoo. At 1 p.m., the Colere Quartet will perform with its ensemble boasting Melissa Hagerty, Phil Pierick, and Casey Dierlam Tse, while at 4:30 p.m. area musician Bob Bucko Jr. stages the stage alongside a number of student performers. And the day's other three events will be headlined by the festival's special guest Erin Rogers, a New York-based saxophonist and composer who will lead a 10:30 a.m. master class (in the college's saxophone studio), engage in a 3 p.m. Q&A on “Discussing Modern Music,” and perform her own 7:30 p.m. recital. A Canadian-American talent dedicated to new and experimental music, Rogers' work has been described as “a wild ride” by An Earful and “so complex, it's primitive” by the Pittsburgh Post-Gazette, and her compositions explore the intersection of chamber music, sound alchemy, and theatre as they move between acoustic and electronic worlds. Rogers has performed worldwide as a soloist, chamber musician, and guest artist, and as Dr. Hall says of the Shockingly Modern Saxophone Festival, “The audience can expect to have their minds blown. For many listeners, this will be unlike any performance they have seen, especially in a formal concert setting. It will be an immersive sensory experience with new sounds and new images … [and] it will challenge their expectations about the saxophone, music, and the whole concert experience.”

Admission to all performances and workshops in the February 21 and 22 Shockingly Modern Saxophone Festival is free, and more information on the weekend is available by calling (309)794-7306 or visiting Augustana.edu.