An Evening with Shovels & Rope, March 17 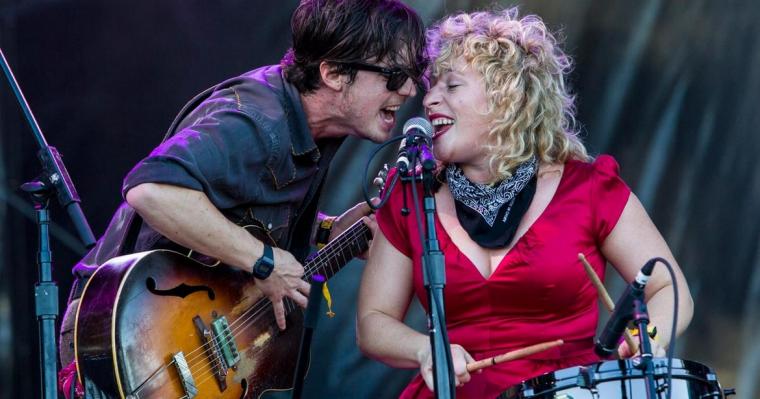 With their 2016 Little Seeds described by The Guardian as “reflective and exhuberant” and “an outstanding album,” married singer/songwriters Michael Trent and Cary Ann Hearst perform a March 17 Moeller Nights concert at Davenport's The Stardust, sharing the indie-folk talents that led Rolling Stone to praise the duo's “inimitable vocal harmonies” and combined ability “to find joy in unexpected places.”

Based in Charleston, South Carolina, Trent and Hearst spent several years prior to their emergence as Shovels & Rope pursuing solo careers, providing tour support for like-minded artists such as Justin Townes Earle, Hayes Carll, and the Felice Brothers. When they officially joined forces musically and laid down tracks for their first album as a team, the resulting O' Be Joyful – a singular blend of country, bluegrass, blues, and indie rock – was released in 2012. The couple's album debut was an immediate critical and commercial success, and the 2013 Americana Music Honors & Awards, it led to Shovels & Rope being named Best Emerging Artist and their “Birmingham” cityed as Song of the Year.

The duo's second album Swimmin' Time was released in 2014, the same year that saw the debut of a documentary about the duo – The Ballad of Shovels & Rope – winning the Tennessee Spirit Award at the Nashville Film Festival. In 2015, Trent and Hearst released Busted Jukebox, Vol. 1, in which the duo covered songs by their favorite artists in collaboration with like-minded musicians, among them Shakey Graves, the Milk Carton Kids, JD McPherson, and Butch Walker. And in addition to 2016's widely lauded Little Seeds, Shovels & Rope's recent output has included Busted Jukebox Vol. 2, a collection of 10 cover songs with other artists including Brandi Carlile, Rhett Miller, and John Moreland.

Tickets for the March 17 Shovels & Rope concert are $15, and more information on the 8 p.m. show is available by visiting MoellerNights.com.