Sit Back and Please Enjoy the Ride: The Many Sides of Iowa City's ZUUL 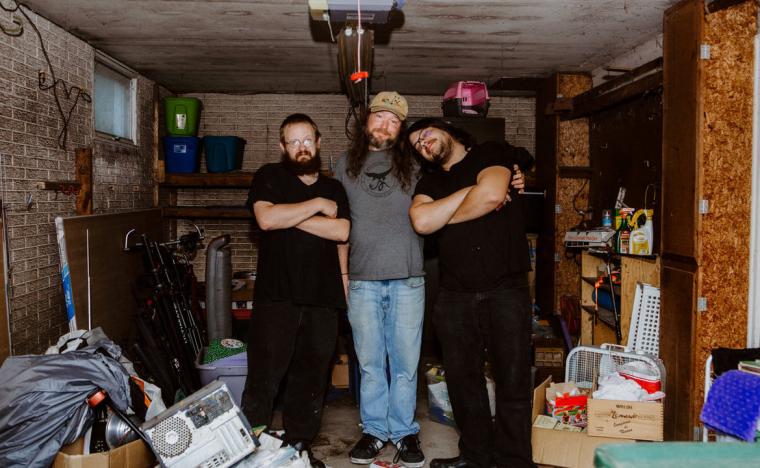 Late in 2019, Iowa City's ZUUL dragged a large pile of small amps into a warehouse in Washington, Iowa. Even with a half-dozen amplifiers, an organ, drums, and sundry recording equipment, the three-piece barely took up more than a corner. The intention: to capture the minimalist intensity of their howling noise rock in a cavernous empty space, with microphones placed at intervals near and far to catch it all.

The desolate setting was the perfect place for ZUUL to unleash their tense, dense music, played at ear-bleeding volume inside an enormous steel box, with shrieking November winds whipping off the prairie. The motto of the small host city – "Onward! To the Salt Mines!" – could pass for one of their terse song titles. And the daytime function of the warehouse- storing enormous blocks of Styrofoam- somehow completes the surreal picture: an artificial human by-product, destined to outlive us all, blown up to comical proportions.

It all fits their unusual aesthetic. Those Who Know say that "they're experts in their craft … they're mean and after you." Their music is "a rush," and "the kind of molten DIY chaotic-neutral rock that makes me want to lose my mind. They deserve to be far more well known." Detractors have little to say, and are usually seen leaving the room with their hands over their ears. ZUUL are exactly the kind of band who should be recorded live, blasting away into a wind tunnel.

When the next single dropped in July, it delivered on this promise. "No Room" features their customary wall of sound, punishing yet catchy, wound tight and crackling with tension. ZUUL show few obvious influences, yet would be right at home on the '90s roster of Amphetamine Reptile Records. At times, they're like Neurosis with a short attention span – a sonic portrait of alienation and emotional devastation lanced with an odd and subtle sense of humor. 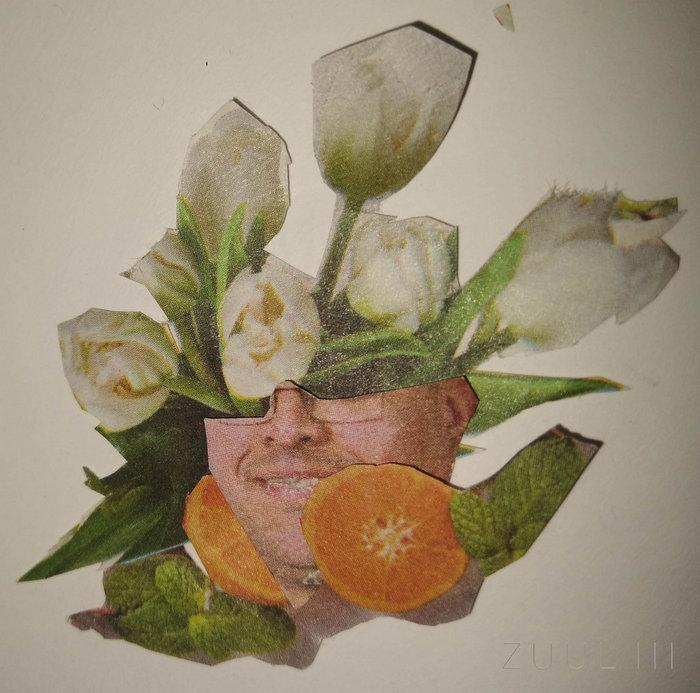 But when ZUUL III dropped a week later, not a trace of the familiar racket was to be found. Instead, their third full-length was built mainly on electronics, synthesizers, loops, and acoustic guitars. While it's "low-key" by ZUUL's standards, the quieter atmosphere makes for an unnerving listen. Ominous collages, layers of murmuring voices, even a trombone on "Waiting for the Rain" – it fit the breathless heat of midsummer.

Occasionally, they break into menacing little ditties that could almost pass for children's music – these touches of kitsch recall Danny Elfman, or even Primus, but far more sinister and dolorous. There are laughs to be had, but it feels like gallows humor, and the acoustic songs lay bare a sadness never expressed so nakedly on a ZUUL record. The deep voices bring to mind Ween, but even at their most depressed, Ween would temper their music with goofs and cheap jokes, while ZUUL prefer a more abstract approach.

The sudden shift did not come from nowhere. Guitarist Ian Koehler elaborated: "The lack of a need to be able to reproduce what we were writing in a live setting [due to COVID] really allowed us to experiment and work out a few ideas we've had, but never had the opportunity to flesh out." Drummer and vocalist JL Bolinger's basement studio played host to these experiments. Despite the foreboding of ZUUL III, Koehler notes that "A lot more of the more ambient stuff was an absolute blast to do." 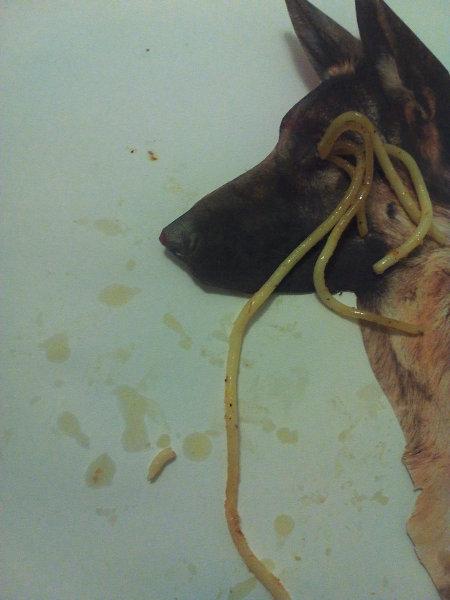 Even less expected than the strange turn of ZUUL III was the simultaneous release of two radically different EPs in early October. The first (ZUUL) is a mostly instrumental collection of four ambient pieces, dominated by repetitive guitar and synth textures, recorded in JL's basement in 2020. The atmosphere is still dark, but the closer "Landing ....." provides a bit of relief; its seven minutes of upbeat bleeps and bloops could almost pass as an extended mix of a Siouxsie and the Banshees B-side.

The second EP (also ZUUL) is more in line with the heavier, more abrasive noise rock of the past, the finished product of the Washington session. Despite the overwhelming mood of alienation and despair, its creation, Koehler says, "was a lot of fun. The warehouse recordings were our chance to mess around with weird tunings, and we ended up sticking with open G minor for most of the released stuff." While the bludgeoning punk mutation of ZUUL's past music has often been tempered with slight "psychedelic" touches, the addition of open tunings has added an Eastern flavor.

ZUUL are a deeply weird and interesting band. Rather than being hampered by circumstances, their uncommon creativity has found new forms of expression. ZUUL's mission from the beginning has been to constantly create new music, aided by the lack of any desire to box themselves in. Yet despite the breadth of sounds covered on their three 2020 releases, there is a cohesiveness to the set. The mood of unease remains consistent across the stylistic changes. Their lyrics and cover art (courtesy of bassist Denny Richards on III and the rock EP) convey their wry humor, but without the over-the-top quirkiness of a band like the Melvins. Listening to this music at high volume is incredibly cathartic, as much of a release for the listener as it must be for the band. ZUUL have no stated future plans, but they are actively writing, meaning that we can continue to expect the unexpected from this talented group of Iowans.

For more information on the group, visit IowaCityZUUL.bandcamp.com.