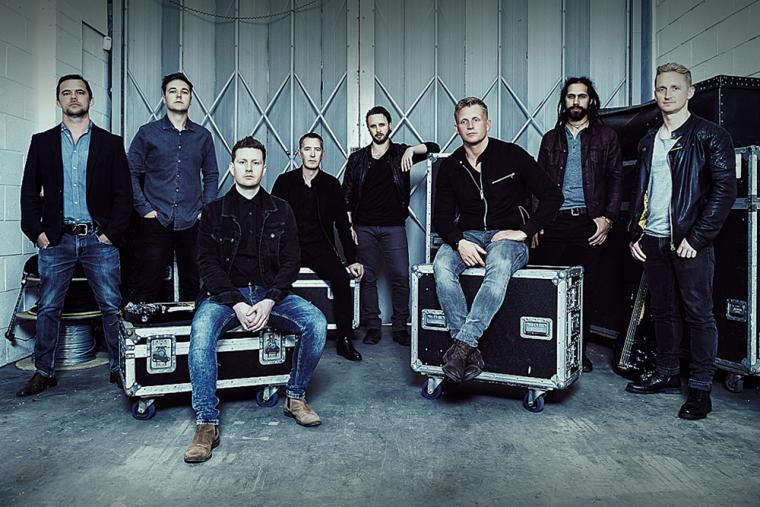 Formed on the Scottish isles of Tiree, Argyll, and Bute in 2004, the band started off with Tiree brothers Daniel and Martin Gillespie performing alongside regular island visitor Fraser West and his friend Alec Dalglish. The group took its name from the Skerryvore lighthouse that lies 12 miles off the coast of Tiree, and their first album West Coast Life was released in the summer of 2005. The recording was featured as “Album of the Month” on Mary Ann Kennedy’s BBC Radio Scotland program Celtic Connections, and consisted predominantly of arrangements of traditional tunes including vocal arrangements of "Home to Donegal" and John Lennon's and Paul McCartney's "Blackbird." When Skerryvore's second album On the Road was released in 2007, a brass section was included, and while its tracks were also predominantly rearrangements of traditional tunes, the musicians added to them more significant elements of rock and funk.

In 2011, Skerryvore's third, self-titled album brought the band citations including the Scottish New Music Awards' Album of the Year, and Dalglish was named "Frankie Miller Songwriter of the Year." Since then, the band has released five additional albums and has toured extensively throughout Scotland, Europe, the Middle East, China, Canada, Australia, and the United States. Last year, amidst the COVID-19 shutdown, Skerryvore also released the single “Everyday Heroes” which featured, alongside the bandmates, a range of musicians from Scotland's traditional-music scene as well as former U.K. government press secretary Alastair Campbell, and reached number one on the Scottish Singles chart.

Admission to the April 21 Skerryvore concert includes a digital link of the performance along with curbside take-out service from either Biaggi's in Davenport or The Combine in East Moline using a prix-fixe menu created for this event. A link to the menus with instructions for placing orders will be provided in advance. Access to the performance will be provided by 4 p.m. the day of the event and will stay active until midnight, and all dinner orders placed in advance will be available for pick-up at 5:30 p.m. Dinner-and-the-concert admission is $50, with $20 show-only tickets also available.

For Skerryvore tickets and more information on the virtual PASS season, call (309)793-1213 or visit QuadCityArts.com/pass/html.