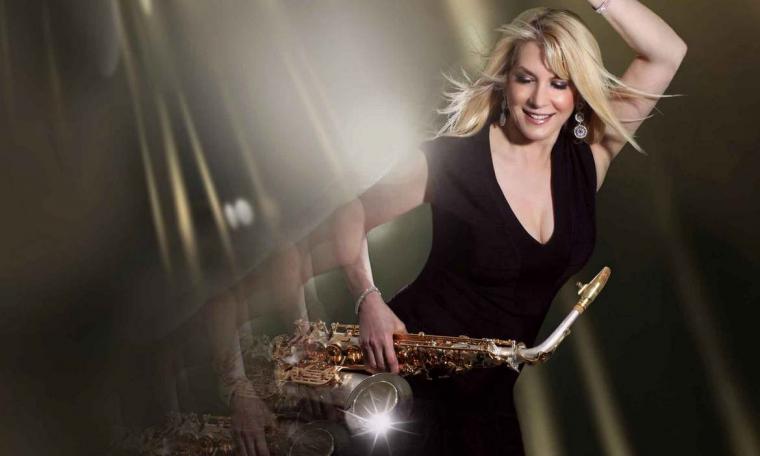 Praised by Smooth Jazz Therapy as “a major player on the contemporary jazz scene,” the gifted saxophonist, flautist, and vocalist Paula Atherton headlines Great Sounds Promotions' latest Smooth Jazz Valentines Concert at Davenport's Redstone Room, the February 14 event sure to demonstrate why The Smooth Jazz Ride lauded the artist for her “stylish, sleek, and energetic talents.”

A New York native who began studying voice and flute at age nine, Atherton gravitated toward the saxophone as a teenager, studying with such notable jazz artists as Lee Konitz and Bob Mintzer. During the 1990s, Atherton's professional highlights included performing at the New York City ball celebrating Bill Clinton's first inauguration and leading the house band for the Lifetime network's comedy show Girls' Night Out. In 2001, she and her band Interplay began attracting a considerable following through the release of their album Let Me Inside Your Love, and with 2009's Groove with Me, Atherton embarked on a recording career as a solo artist, with her critically praised albums including 2009's Groove with Me, 2012's Enjoy the Ride, and 2017's Natural.

Atherton has shared stages with such contemporary jazz notables as the Rippingtons, Nick Colionne, Chuck Loeb, Cindy Bradley, and Chieli Minucci, and enjoyed a week-long engagement at the Blue Note NYC with pianist and jazz legend Hank Jones. She has also performed with Grammy Award-winning singer Dee Dee Bridgewater at the Annenberg Theater for the Palm Springs Women’s Jazz Festival, and her television work includes appearances on the Today show, Good Morning America, and Rachel Ray, where she performed alongside Michael Bolton. Additionally, Atherton wrote the score for the independent film The Definition of Insanity, and her most recent album, 2018's Shake It, found its single “My Song for You” reaching number six on Mediabase, number 12 on the Smooth Jazz Network, and number 16 on Billboard's smooth-jazz chart, where it charted for 12 weeks.

Joining Atherton for Great Sounds Promotions' Smooth Jazz Valentines Concert is 17-year-old pianist and organist Nicholas Cole, who blends the jazz-gospel style of Jonathan Butler with the melodic and funk sensibilities of Brian Culbertson to create a keyboard style all his own. A native of Goldsboro, North Carolina, Cole became a force in the next generation of contemporary urban jazz artists with his independently released debut album A Journey of One, and currently attends and performs at Mt. Zion Church Ministries in Goldsboro.

This year's Smooth Jazz Valentines Concert begins at 7:30 p.m. on February 14, admission is $38-48, and more information and tickets are available by contacting Great Sounds Promotions at (563)505-3703 and SmoothJazzSeries.com, or the Redstone Room at (563)326-1333 and RiverMusicExperience.org.