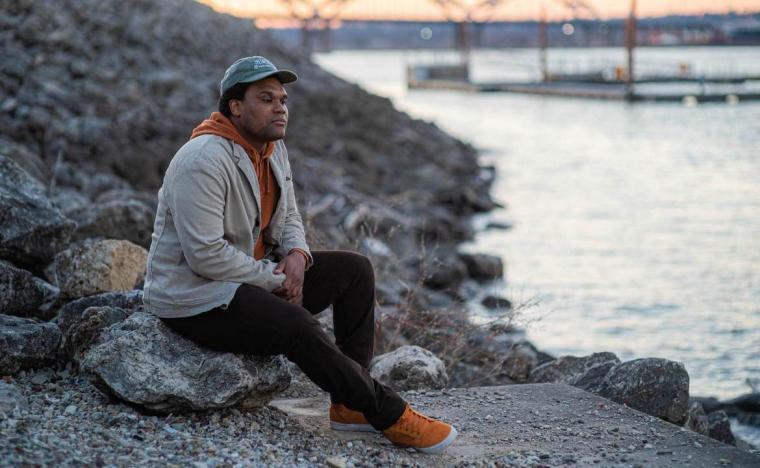 With the EP's release in October of 2020 making a correlating live-music event impossible, Davenport's Redstone Room will celebrate acoustic artist Soultru's The Truth with an official EP-release concert on September 24, the artist and his guest musicians performing recent favorites as well as some unreleased music, and joined for the evening opening acts Jim Swim and Kumate.

A soul acoustic artist based in Davenport, Soultru has signed to Kansas City label The Record Machine, and sometimes travels with a full band and as a duo or solo act. While drawing influence from such gospel-music artists as Fred Hammond and Smokie Norful, the musician also finds inspiration in the works of Gavin Degraw, Anthony Hamilton, John Legend, and Allen Stone. Soultru has had the pleasure of opening for artists such as Kweku Collins, Magic City Hippies, Michigan Rattlers, Neil Hilborn, Ceschi Ramos, and Kaleb Mitchell, and in June of last year, the artist shared Davenport's Alder Theatre stage with Amythyst Kiah. Soultru also ended 2021 strong, playing essential festivals such as Alternating Currents in the Quad Cities, the Barrel and Flow Fest in Pittsburgh, Pennsylvania, and Lincoln Calling in Lincoln, Nebraska.

Artist/producer Jim Swim blends alternative hip-hop, indie soul, and bedroom pop to craft warm and wavy songs that move head and heart, moving from the everyday to the abstract, and the personal to the universal, with honest ease. His original beats, unique flow, and lyrical insight reward repeated listens and have won him an underground following that continues to grow.

Soultru's EP-Release Show with sets by Jim Swim and Kumate takes place at the Redstone Room on September 24, admission to the 8 p.m. concert is $10-12, and more information and tickets are available by calling (563)326-1333 and visiting CommonChordQC.org.