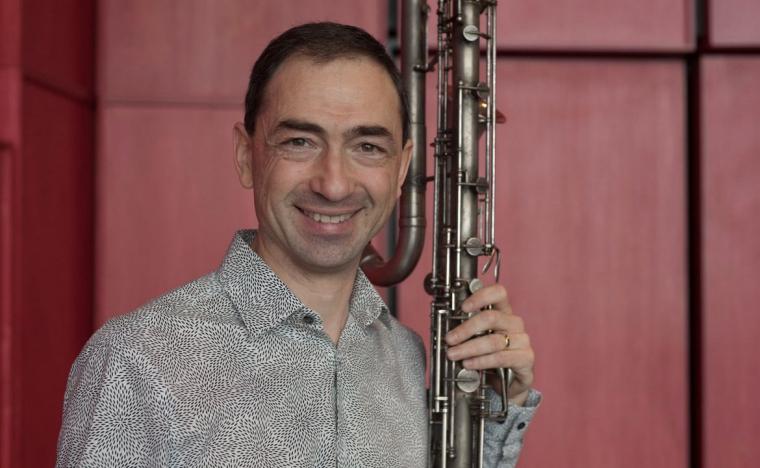 Appearing as the latest guests in the venue's online series Stages, noted composers and musicians Jean-François Charles & Ramin Roshandel will ascend the (virtual) stage for Iowa City's Englert Theatre, their February 17 showcase demonstrating the talents of an assistant professor at the University of Iowa School of Music and a PhD candidate at the very same institution.

A French composer based in Iowa, Jean-François Charles is also a clarinetist and live electronics designer. He creates at the crossroads of music and technology, as in the collaborative soundtrack to Dziga Vertov's movie The Eleventh Year, or in his musical chemistry work with Scientific Glassblower Benj Revis. Charles' opera Grant Wood in Paris was commissioned by the Cedar Rapids Opera Theatre and premiered in 2019, and as a clarinetist, he has performed with classical, jazz, and other artists ranging from Maurice Merle to Douglas Ewart to Gozo Yoshimasu. His album Electroclarinet, meanwhile, was awarded prizes at the Global Music Awards for Contemporary Classical Album and Composition/Composer. Having studied at the National Institute for Applied Sciences in Lyon, Charles earned his Ph.D. in music composition at Harvard University, and after serving as deputy director at the Montbéliard Conservatory then Brest Conservatory (France), he joined the University of Iowa School of Music in 2016 as Assistant Professor in Composition and Digital Arts. 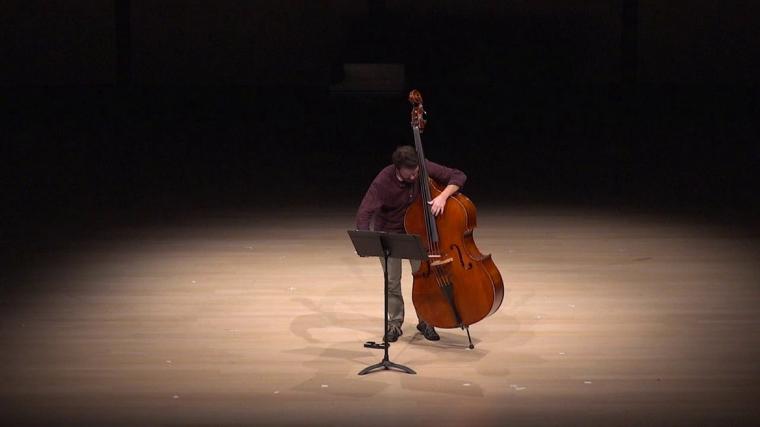 Ramin Roshandel performed as a soloist on the Iranian instrument the setār in the premiere of Jean-François Charles’ Grant Wood in Paris, was awarded a 2019 University of Iowa Digital Scholarship and Publishing Studio summer scholarship, and is a New Music on the Point alumnus. His pieces have been performed by The JACK quartet and Ligament, as well as at the Midwest Composers Symposium and the Exchange of Midwest Collegiate Composers. Roshandel is currently in his third year as a doctoral student in the Composition program at the University of Iowa, where he has studied under Josh Levine and Sivan Cohen-Elias and is currently working with David Gompper. He holds a Master of Arts degree in Music Composition from the University of Tehran and a Bachelor of Arts in Iranian Music Performance from Tehran University of Art, and Roshandel's articles on Hossein Alizadeh’s Neynavā and Elliott Carter’s Dialogues have been published in numerous Persian journals.

Stages: Jean-François Charles & Ramin Roshandel will be presented virtually at 7 p.m. on February 17, and $5-10 admission allows for 72-hour digital access to the episode. For information and tickets, call (319)688-2653 and visit Englert.org.