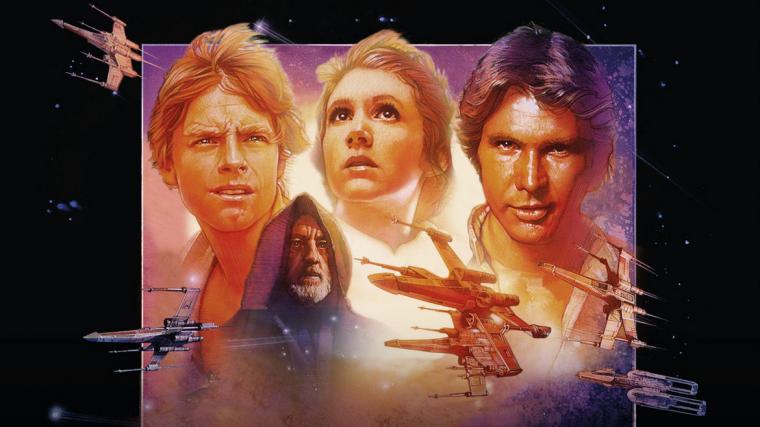 One of the most popular movies of all time, and the starting point for arguably the most beloved film franchise in history, will be given a thrilling live accompaniment on June 1 when the Quad City Symphony Orchestra presents two performances of Star Wars: A New Hope in Concert – screenings of the first Star Wars from 1977 with the QCSO talents performing all two hours of John Williams' iconic score.

In Star Wars: A New Hope in Concert, audiences are invited to again travel to a galaxy far, far away, where a civil war rages and Rebel forces struggle against the evil Galactic Empire. In the film, Luke Skywalker (Mark Hamill) and Obi-Wan Kenobi (Alec Guinness) enlist the aid of hotshot pilot Han Solo (Harrison Ford) and the quirky droid duo of R2-D2 and C-3PO to rescue Rebel leader Princess Leia (Carrie Fisher) and make use of the stolen plans to destroy the Empire’s ultimate weapon. And as most movie lovers know, the first Star Wars was an immediate smash. Its 1977 release grossed $461 million in the U.S. and $314 million overseas, surpassing Jaws to become the highest-grossing film of all time until the release of E.T. The Extra-Terrestrial five years later. When adjusted for inflation, Star Wars is the second-highest-grossing film in North America and the third-highest-grossing film in the world, and the movie received 10 Academy Award nominations including Best Picture, ultimately winning seven. Star Wars was also among the first films to be selected as part of the U.S. Library of Congress' National Film Registry for being “culturally, historically, or aesthetically significant,” and in 2004, its soundtrack album was added to the U.S. National Recording Registry.

That soundtrack was released by 20th Century Records as a double-LP in June of 1977, and the album's main title peaked at No. 10 on the Billboard Hot 100, with the disco version of the film's theme by Meco becoming a chart-topping single in the United States that October. The soundtrack album itself went on to become Platinum-certified by the Recording Industry Association of America, and Williams' score won numerous accolades including an Oscar, a Golden Globe, and Grammy Awards in the categories of Best Film Score and Best Soundtrack Album. In 2005, the American Film Institute also named the original Star Wars soundtrack the most memorable American film score of all time – with the reasons why surely evident when Williams' iconic strains are performed live by the Quad City Symphony Orchestra.