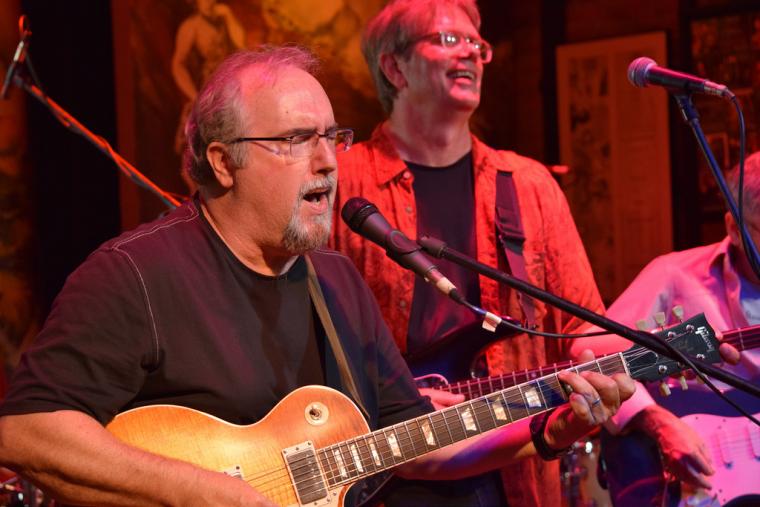 An area jazz great and instructor at the University of Iowa will be the gifted headliner in the latest Polyrhythms Third Sunday Jazz Series concert at Davenport's Redstone Room – a March 18 evening with the Steve Grismore Trio featuring vocalist Grismore on guitar, Danny Oline on bass, Fabio Augustinis on drums, and standards and originals played in the styles of Keith Jarrett, Kenny Burrell, Grant Green, and George Benson.

Grismore grew up in Iowa and cut his teeth on pop-music styles of the '60s, but gravitated toward the jazz sounds of the 1970s through his experiences in high-school jazz and rock bands. He studied jazz performance at the University of Miami before transferring to Arizona State University, and in 1978, moved to Los Angeles to enroll in the newly formed Guitar Institute of Technology. Upon graduation, Grismore returned to the Midwest where he joined the R&B band the Rhythm Rockers and started teaching at Cedar Rapids' Coe College, and he eventually earned a BM in Composition and MA in Music Theory from the University of Iowa, where he currently serves as a full-time jazz instructor.

Since co-founding the Iowa City Jazz Festival in 1991, Grismore – who has been playing guitar now for over 50 years – has recorded three nationally distributed CDs for the Accurate label with the Gismore/Scea Group, eight albums with Iowa’s salsa band Orquesta Also Maiz, and three CDs with the Oddbar ensemble. Grismore also released the 2012 CD Besame Mucho with the Steve Grismore Trio and performs with such outfits as the Beaker Brothers, 3 Dawgs & a Bone, and Big Fun, and has recorded and performed with jazz masters including David Sanborn, Charlie Haden, Matt Wilson, Tim Hagans, and Robin Eubanks.

Polyrhythms' 6 p.m. concert will be preceded by a 3 p.m. “Jazz Demystifying” workshop; tickets are $10-15 for the evening performance, with the workshop $5 for adults and free for students. For tickets and information, contact Polyrhythms at (309)373-0790 or Polyrhythms.org, or the Redstone Room at (563)326-1333 or RiverMusicExperience.org.