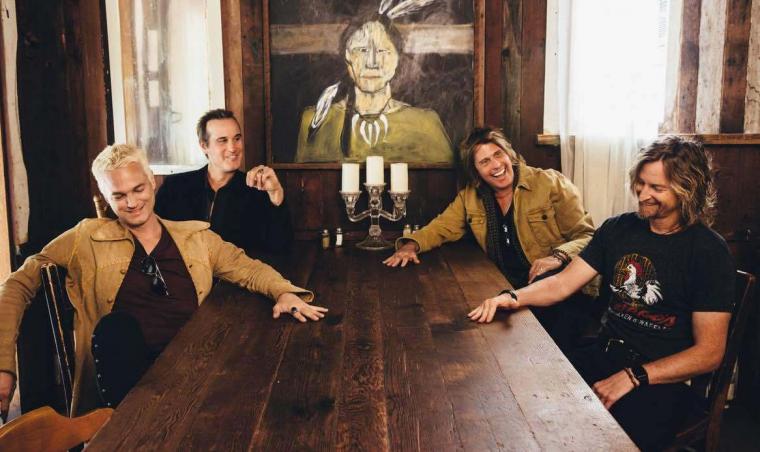 Touring in support of the band's acclaimed 2020 album Perdita, the Grammy-winning, chart-topping rockers of Stone Temple Pilots play East Moline venue The Rust Belt on October 23, with the musicians' most recent recording described by Deadpress as “a beautiful collection of gentle, sincere, and delicately crafted country/folk ballads,” and a work that Paste magazine says “may be the most sonically rich experience that Stone Temple Pilots have offered their fans to date.”

After forming in 1989 under the moniker Mighty Joe Young, the band signed with Atlantic Records and subsequently changed its name to its current one. Stone Temple Pilots' debut album Core, released in 1992, was a major commercial success, eventually certified 8×-platinum by the RIAA and driving the band to massive popularity. The band released four more studio albums – 1994's Purple, 1996's Tiny Music ... Songs from the Vatican Gift Shop, 1999's No. 4, and 2001's Shangri-La Dee Da – before separating in 2003. Before they did, however, Stone Temple Pilots became one of the most commercially successful rock bands of the 1990s, selling more than 18 million records in the United States and 40 million worldwide. Purple was also the group's first and only chart-topping album on the Billboard 200, and six songs from the musicians' 1990s output hit number one on Billboard's mainstream rock chart: “Plush,” “Vasoline,” “Interstate Love Song,” “Big Bang Baby,” “Trippin' on a Hole in a Paper Heart,” and “Lady Picture Show.”

After band members Dean DeLeo (guitar), Robert DeLeo (bass), Eric Kretz (drums), and original lead vocalist Scott Welland partook in various projects – most notably Velvet Revolver and Army of Anyone – following their 2003 split, Stone Temple Pilots reconvened in 2008 for a reunion tour, released their self-titled sixth album in 2010, and actively toured even through the 2013 firing of Welland (who passed away in 2015) and hiring of Linkin Park's Chester Benningham as new lead vocalist. Benningham himself was replaced by Jeff Gutt in 2017, with the singer the vocal lead on Stone Temple Pilots' two most recent albums: a second eponymous record in 2018, and last year February's Perdita. To date, the actively touring musicians have also released three compilation albums, two live albums, and an EP along with their eight studio works, 34 singles, and 22 music videos, and Stone Temple Pilots' career accolades have included a Grammy for Best Hard Rock Performance (for “Plush”), an American Music Award for Favorite Heavy Metal/Hard Rock Artist, and an MTV Movie Award for Best Song from a Movie winner “Big Empty,” which appears in 1994's The Crow.

Stone Temple Pilots play their East Moline engagement on October 23 with an opening set by Tyler Bryant & the Shakedown, admission to the 8 p.m. concert is $42.50-59.50, and more information and tickets are available by visiting TheRustBeltQC.com.